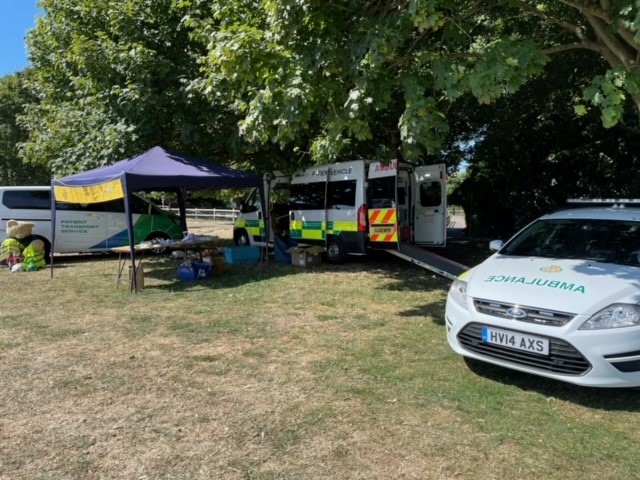 On 16 July colleagues from SCAS, including Jim, PTS Team Leader, Tony and Bob (both ambulance care assistants) and CFR Jon, joined the annual Baffins Pond Community event in Portsmouth. The event is organised by the Baffins Pond Association.

Jim said: ‘Throughout the day we were able to showcase some of our newer vehicles which received a lot of attention from the public. In addition to the vehicles we were also showing and demonstrating some of our equipment, such as the Venice chair and the Southampton sling.  The event was very well attended, despite the heat and we had a constant stream of people asking questions and looking at the vehicles. We also were demonstrating how to do, and getting children to try, CPR – which proved to be very popular.’ 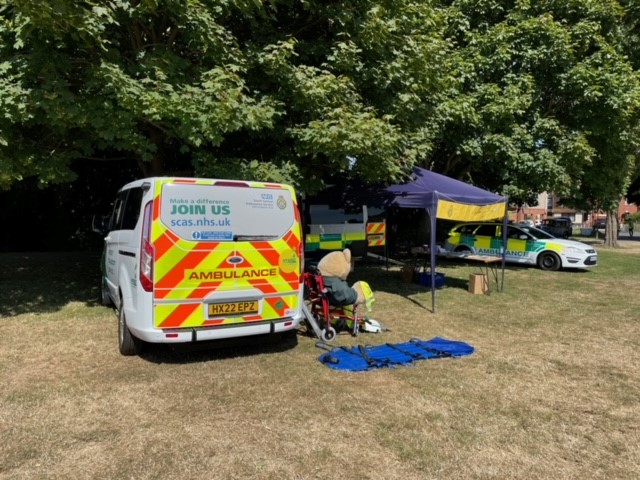 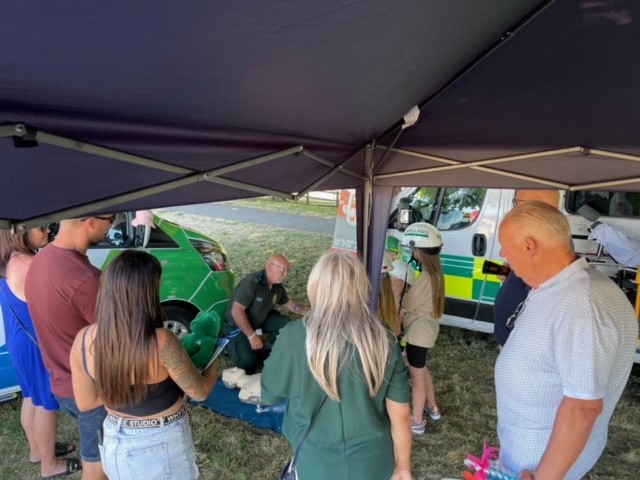