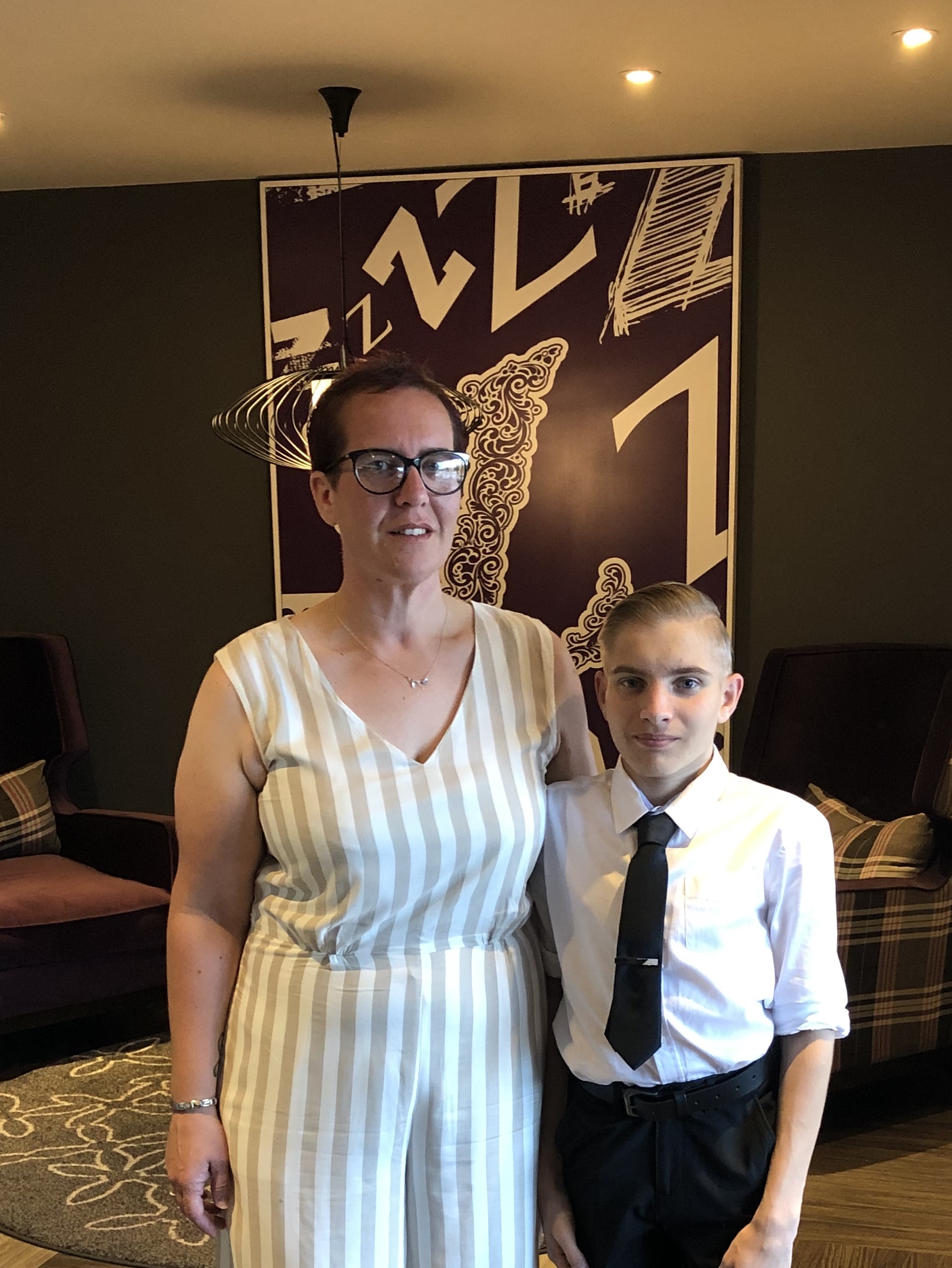 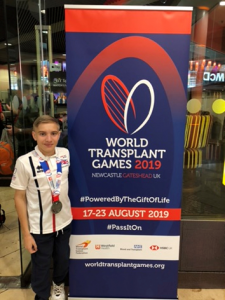 My son, Michael, suffered kidney failure when he was 10 in 2011. Whilst he was on the deceased donor list, my brother, Philip, offered to donate a kidney and fortunately they were a match.

The transplant took place in 2014 and it has meant Michael has been able to play the sports he loves again, winning a Silver Medal at this year’s World Transplant Games for Team GB.

“In October 2008, when Michael was 7-years-old, he was diagnosed with focal segmental glomerulosclerosis (FSGS). In December 2011, at the age of 10, he went into kidney failure and started haemodialysis requiring to be at the hospital three afternoons a week and would be attached to the machine for four hours each time. This impacted his schooling although he would have an hour with a teacher from the hospital school.

Family life was very disrupted when Michael was on dialysis. Often he would develop a temperature and would need to be admitted to Southampton Children’s Hospital for antibiotics as he had a line inserted into his heart for the dialysis so any infection needed to be treated quickly. He has a sister two years younger and she would often need to be looked after by friends or family members, so she often felt left out and didn’t know what was happening.

In summer 2013 we were told that Michael would require a kidney transplant. We were told a transplant from a living donor is more successful, so it was suggested we asked family members. My brother Philip told us he would like to be tested to be Michael’s donor and while he was having all the required tests Michael was put on the deceased donor list.

In April 2014 we were told that Philip was a match and we were given the date of 23 May for the operation at the Evelina Hospital in London, with Philip’s operation taking place in London also but at Guy’s Hospital. 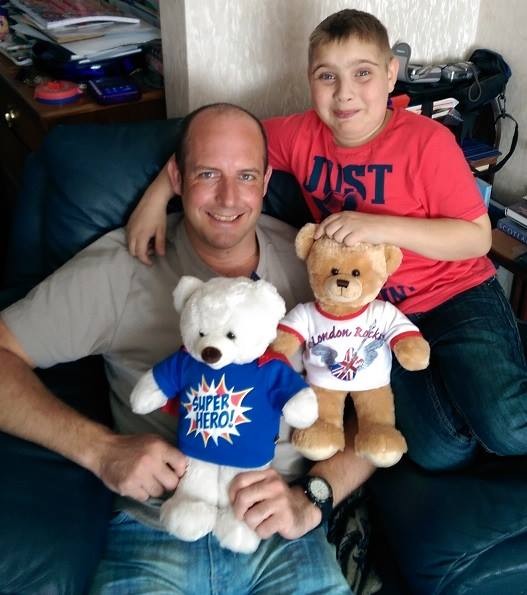 The transplant went ahead and although the kidney was a bit sleepy to start with it was a success and after 11 days in London we were discharged back to the care of Southampton Children’s Hospital.

Before Michael had his transplant he was very tired, felt ill and couldn’t do a lot of activities. After the transplant he went back to playing cricket and also started competing in the British Transplant Games which take place every year. This year he was also selected to represent GB at Ten Pin Bowling at the World Transplant Games, which this year was held in Newcastle. He came away with a Silver Medal.

After spending three days a week at the hospital for two-and-a-half years having the transplant gave us back the opportunity to go on days out, take holidays, and lead what most people enjoy in terms of a normal family life. It also meant Michael could return to school full time although due to the amount of schooling he missed while on dialysis and the risk he would be more vulnerable to catching infections due to being immunosuppressed, he decided to take his GCSEs a year later than he should; a decision that paid off as he passed seven exams.

Michael turns 18 during Organ Donation Week and he is looking forward to starting college next week to study a BTEC in Sport. Had he still been on dialysis he wouldn’t be able to follow the path of sport as he wouldn’t have had the energy to complete the course.

We have met a lot of families that have waited a lot longer than us and some that didn’t need dialysis. Through the transplant games we have met many others that have had different types of transplant and every one of them, like us, is grateful to their donor and the families for their gift of life.

Please have the conversation with your family and let them know your wishes if you want to be an organ donor as they are the ones to make the final decision.” 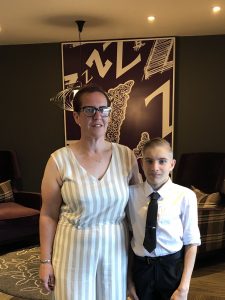