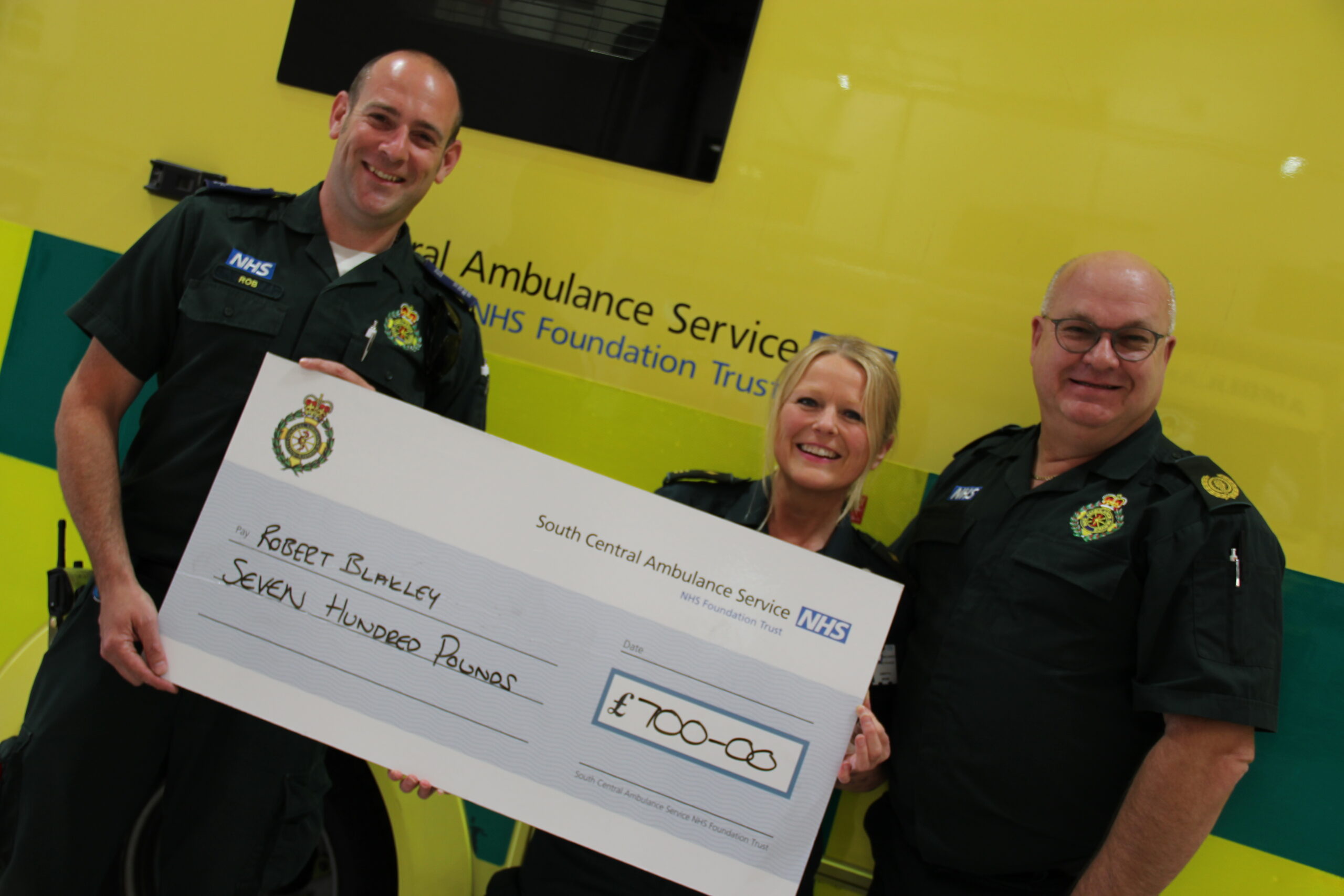 A cheque for £700 has been handed over to SCAS Emergency Care Assistant, Rob Blakley to put towards a new bike.

All the money was raised through a Crowdfunder appeal online after Rob’s custom-built NS Soda bike (worth around £1,500) was stolen on the night of 15 May whilst Rob was working in the Portsmouth and South East Hampshire Area answering emergency 999 calls. 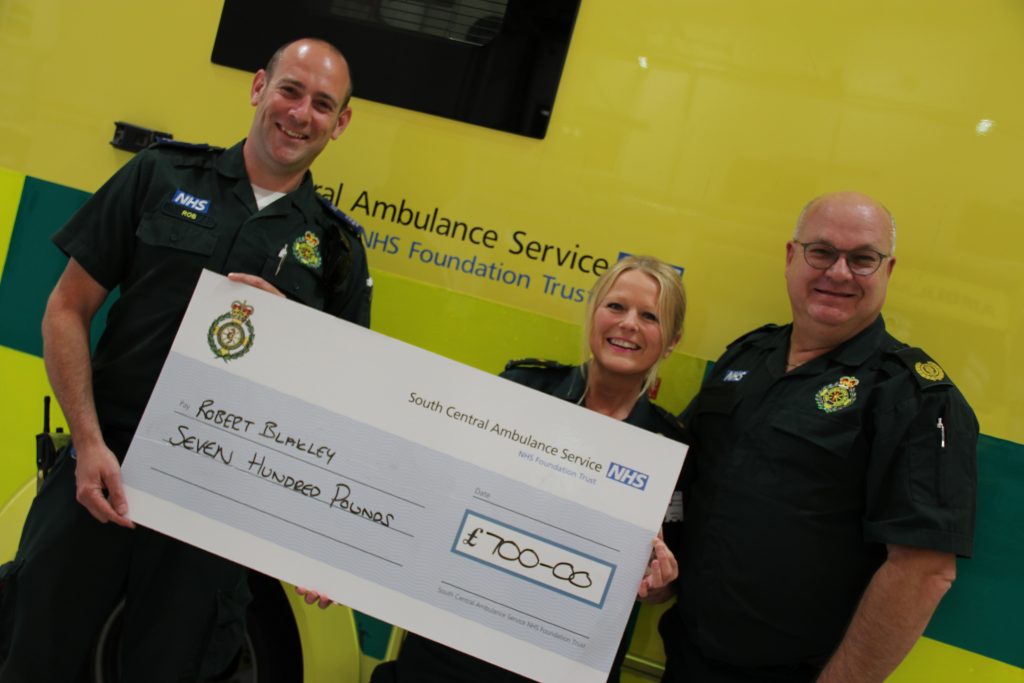 The bike was Rob’s only mode of transport from his home in the Isle of Wight to his work base at SCAS’ North Harbour Resource Centre in Portsmouth. Whilst it was insured, the policy only covered theft from Rob’s home – a fact he only found out after its lock was cut off and the bike stolen by a gang of three using a white transit van.

The donation, the idea for which came from local people on hearing of Rob’s plight in The News, on Wave 105 FM and on social media, was made up of contributions from members of the public as well as colleagues from other areas of the South Central region, staff from other emergency services across the UK and even from as far afield as Australia.

“This whole situation, although upsetting and frustrating, has been heartwarming and humbling; not only to myself but for every other member of the ambulance service I have spoken to. Everyone is amazed and genuinely taken back by the public response – it really does restore some faith in humanity and reminds us all of why we do the job in the first place.”

The fee charged by Crowdfunder was covered by a colleague of Rob’s so that every penny donated online has gone directly to him.