100 ways SCAS is saying ‘Lest We Forget’ 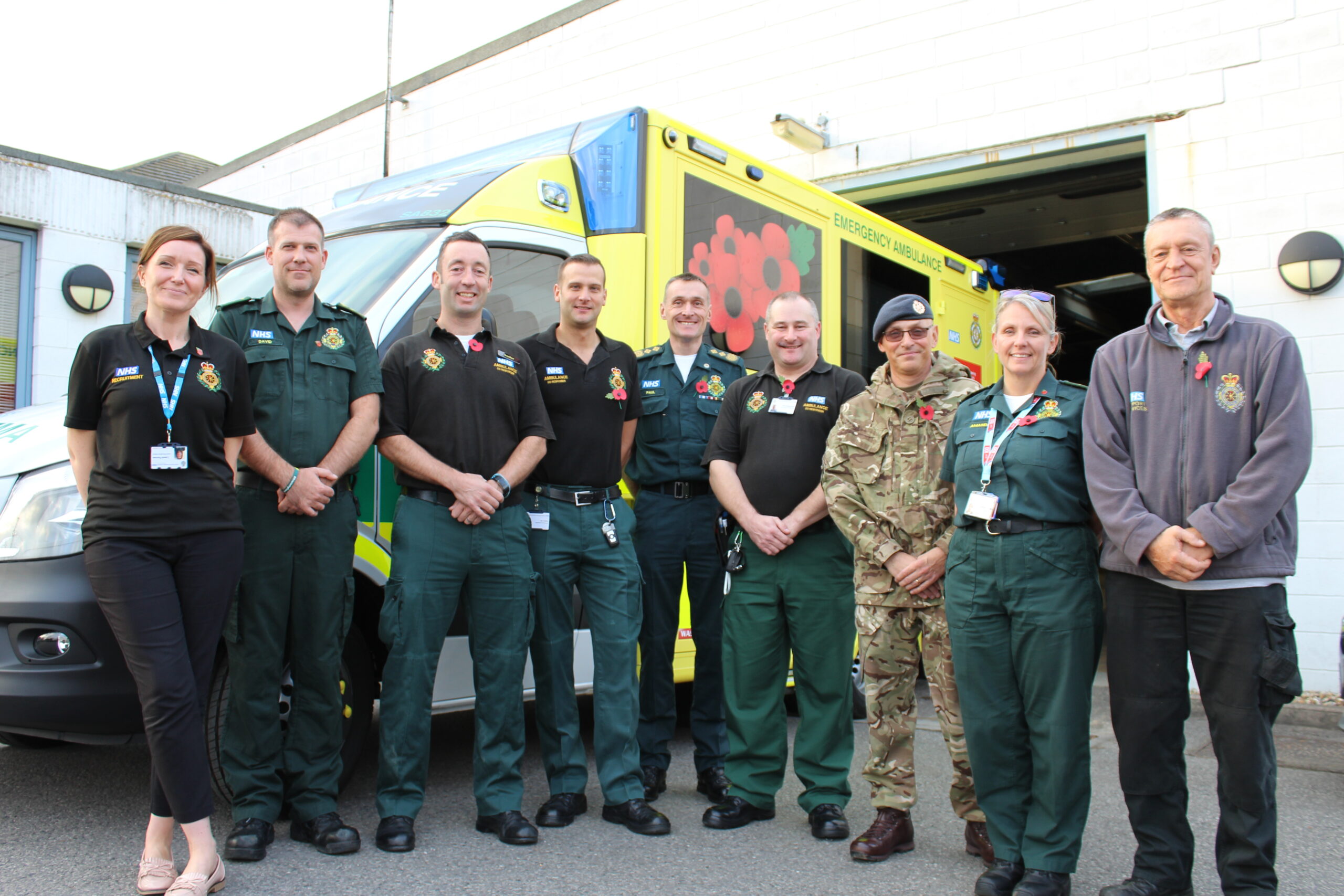 As part of South Central Ambulance Service NHS Foundation Trust’s (SCAS) commemorations for the centenary of the end of the First World War, the Trust has applied a poppy sticker to 100 of its emergency 999 and patient transport service ambulances.

The first sticker was applied to a brand new vehicle at our South Central Fleet Services base in Milton Park, Abingdon, on Wednesday (6 November) at an event attended by a selection of SCAS staff who are military veterans or active reservists, along with some of our military co-responder partners. 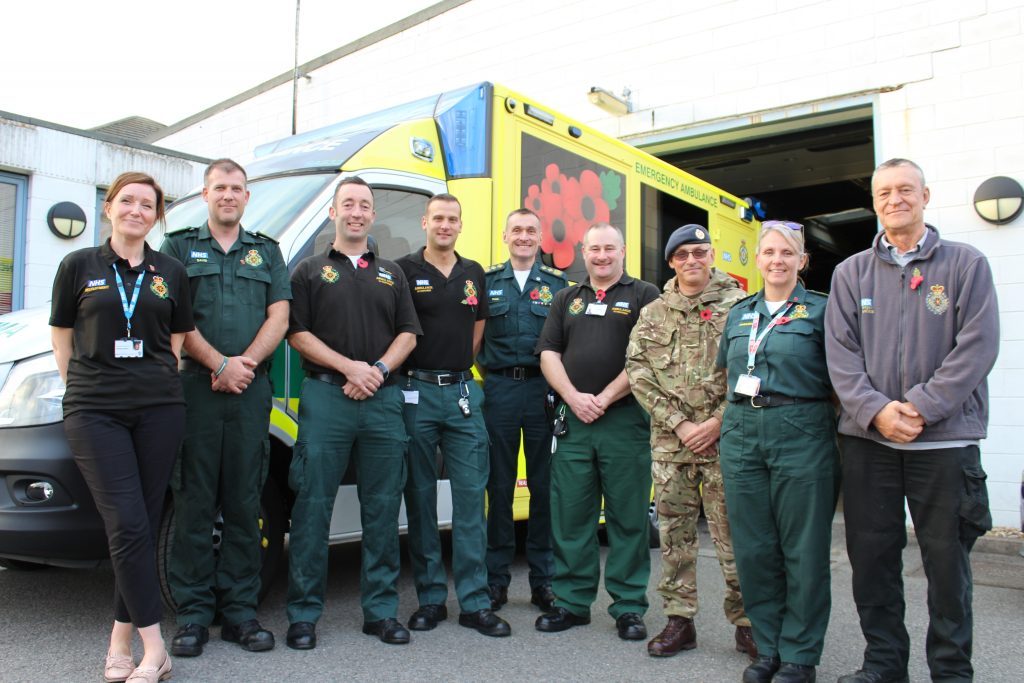 “I am delighted that staff across our organisation will be able to use these vehicles to help commemorate a landmark occasion that touched the lives of so many people in our region. Feedback from those who saw the first poppy branded vehicle roll out into active service was overwhelmingly positive and I’m sure our staff will be extremely proud when using these vehicles.

The spirit of unselfish service that was epitomised 100 years ago is alive and well in the South Central region today, as evidenced by the excellent care and dedication given by our own staff and volunteers. We are extremely proud of our commitment to those members of our team who are military veterans or serving reservists, as well as incredibly thankful for the excellent support we get from our volunteer military co-responders.”

In 2017, SCAS received the Ministry of Defence Employer Recognition Scheme (ERS) Gold Award; its highest badge of honour for organisations which have signed the Armed Forces Covenant and demonstrated outstanding support for those who serve and have served.

The ERS Gold Awards recognise employers who actively support the Armed Forces community in their workplace and also encourage others to follow their lead. The award scheme, which attracts entries from companies in every part of the country and in the private and public sectors, has seen a rapid increase in participation since it launched in 2014.

SCAS is one of only three ambulances services in England to have received the prestigious Gold Award.