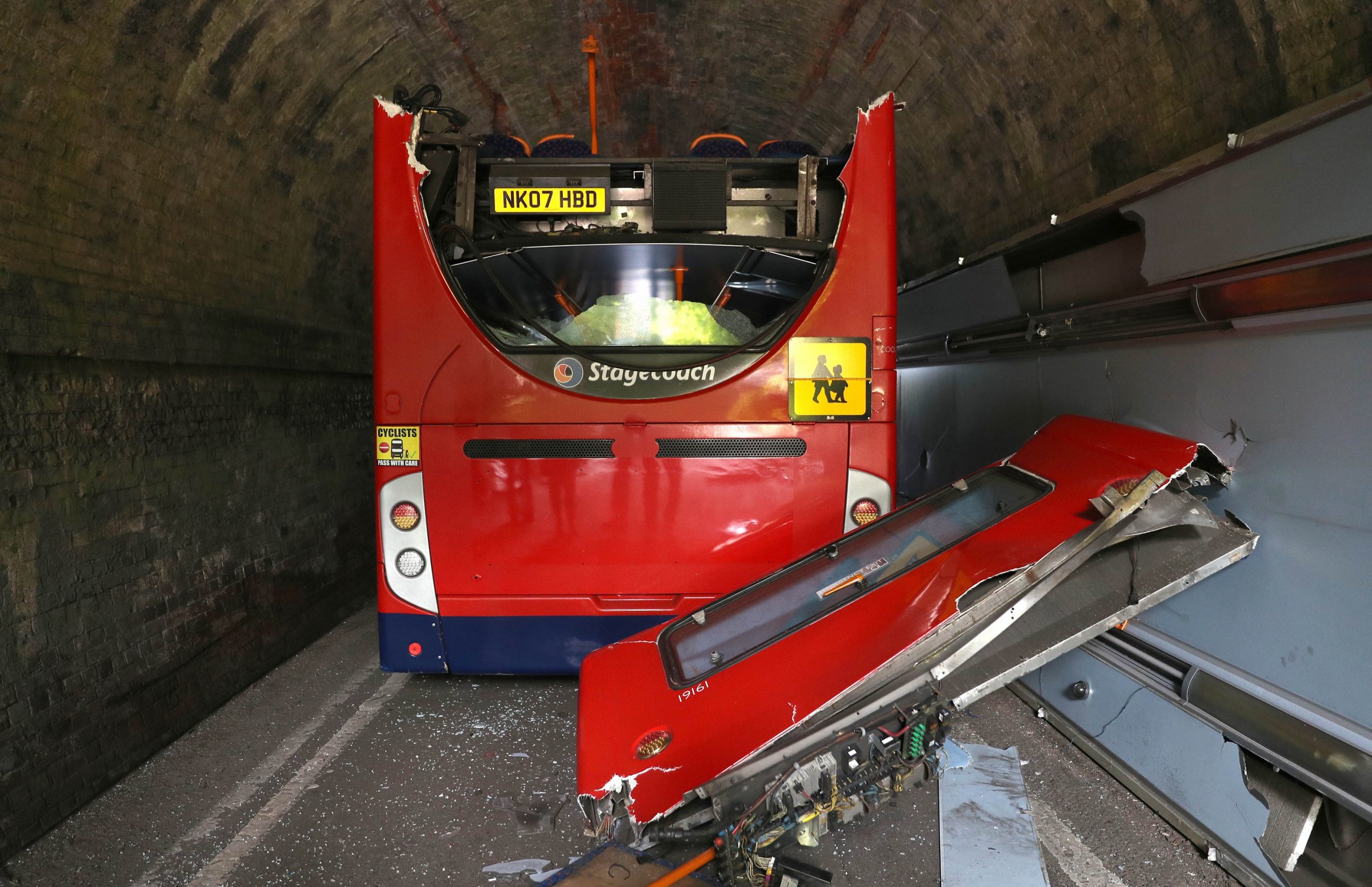 South Central Ambulance Service (SCAS) began to receive multiple 999 calls around 08:10am this morning all reporting a double decker school bus having collided with the railway bridge on Wellhouse Lane, Winchester, resulting in the roof being ripped off the top of the bus.

SCAS personnel in our clinical co-ordination centre worked incredibly quickly and professionally to send a significant number of emergency resources to the incident; this comprised of eight ambulances, three specialist practitioner paramedics, the SCAS Hazardous Area Response Team, an incident commander, tactical adviser and a number of other ambulance officers, as well as helicopter emergency medical teams from Hampshire & Isle of Wight Air Ambulance and Dorset Air Ambulance.

The bus was taking students to Henry Beaufort School. Fifty-seven (57) of those on board were fortunately uninjured, however three pupils from the school had sustained serious but not life-threatening injuries, and following initial treatment at the scene were then taken to hospital. A further 12 pupils had sustained minor injuries, and 10 of those patients were able to be treated at the scene by our staff. The remaining two patients with minor injuries required further assessment and treatment at hospital. The students requiring additional hospital treatment were taken to University Hospital Southampton (four patients) and the Royal Hampshire County Hospital (one patient).

“Attending crews were initially faced with a challenging incident, managing a large number of distressed children. Working closely with our colleagues from Hampshire Fire & Rescue Service and Hampshire Police, the scene was quickly controlled and a high standard of patient care was able to be brought to the injured pupils.

“Thankfully, we were able to treat and discharge ten of the injured into the care of their parents, whilst only a further five children required further hospital treatment.  As well as working collaboratively with our blue light partners, the senior leadership team from the school attended the scene, to provide additional support and welfare to the children and parents.”