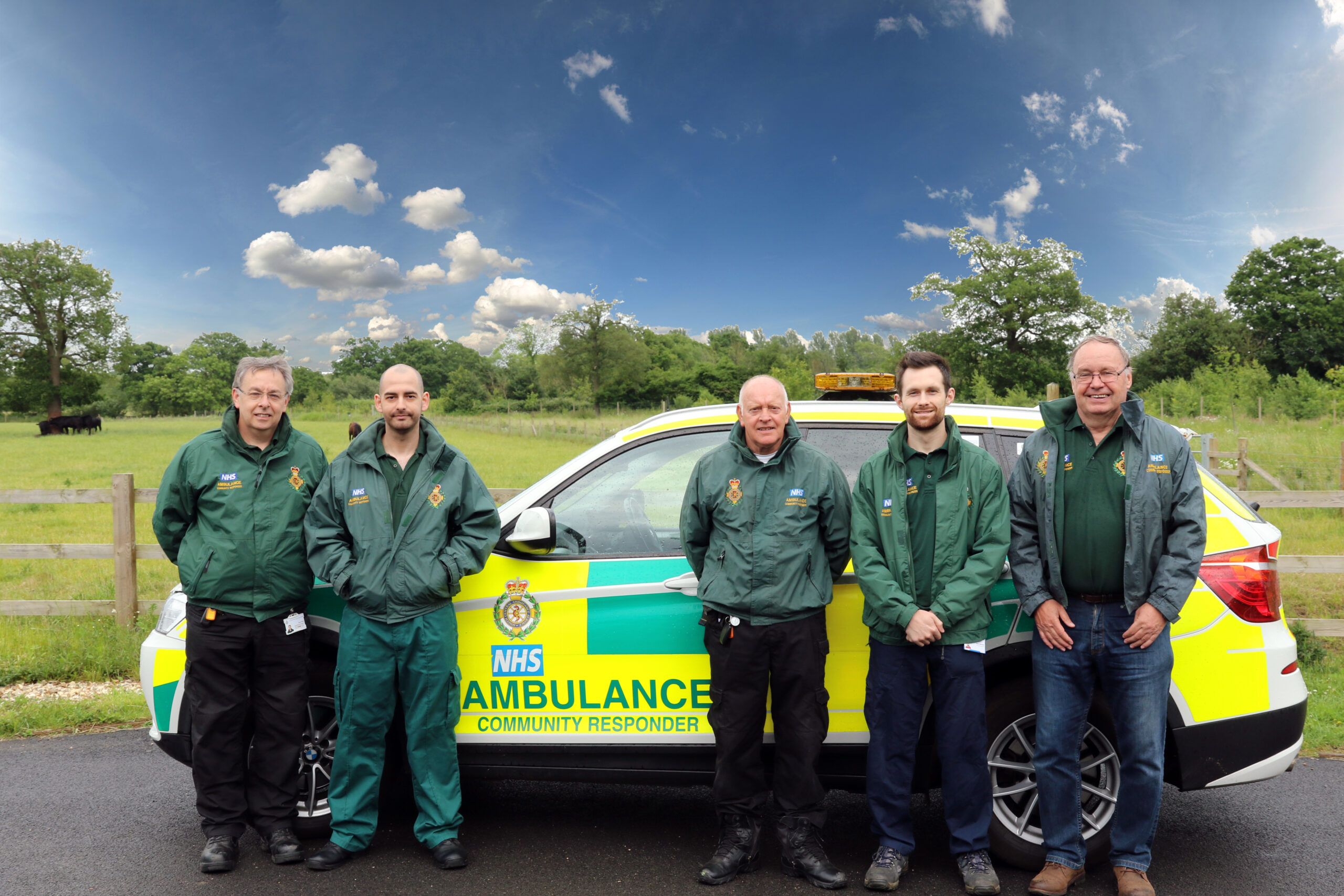 Swallowfield Community First Responders (CFRs) have been honoured with the Queen’s Award for Voluntary Service, the highest award a voluntary group can receive in the UK. 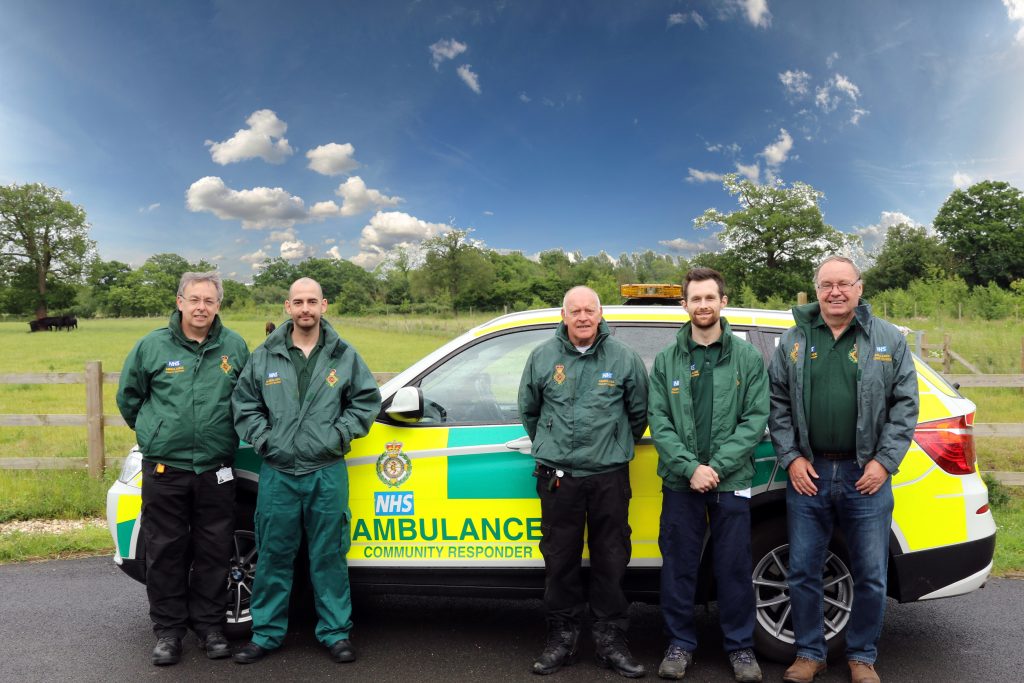 This is the second South Central Ambulance Service NHS Foundation Trust CFR group in Berkshire to have been honoured in this way, following Maidenhead & Windsor CFRs receiving the same award in 2016.

The Queen’s Award for Voluntary Services is the highest award given to local volunteer groups across the UK to recognise outstanding work in their communities. The awards were created in 2002 to celebrate the Queen’s Golden Jubilee and winners are announced each year on 2 June – the anniversary of the Queen’s Coronation.

“I am absolutely thrilled that the group has been recognised by Her Majesty The Queen and very proud as the scheme co-ordinator. It’s a tremendous achievement for all of us and the team really does deserve this award as they work very hard in their own time, to support the local community we serve.”

In 2016, Swallowfield CFRs were sent to 367 emergencies on behalf of SCAS, arriving first on scene before our ambulance crews 85% of the time. The volunteers provided 3,538 hours of voluntary cover in the local community and the incidents they were sent to included:

As well as a vast array of other injuries, illnesses and ailments.

Over the last five years, the group has also installed 11 publicly accessible defibrillators in prominent local community locations in Swallowfield, Riseley, Farley Hill and the surrounding areas, along with donating three defibrillators to local schools. The group also organises many emergency first aid training sessions for local villages and can regularly be seen at community fetes, fairs, shows and events giving people practical advice and training on what to do in an emergency.

Last year, one of the group’s volunteers, Steve Alder, left his job to become a full-time ambulance technician; the second time that a Swallowfield CFR has become a permanent employee of the ambulance service. Steve continues to volunteer as a CFR despite now having the same ‘day job’ as well.

“This is wonderful recognition for the efforts of Gary, Steve, Barry, Sean and Jim: our amazing volunteers in Swallowfield. The guys do a tremendous amount for their local community, making a life-saving difference over the years to hundreds of people and all in their spare time. They are the only CFR group in Berkshire who are taking part in a pilot project for us to respond to patients who have fallen, which adds another level of community service and help they can provide. I hope this award will go some way to saying thank you for everything they do for us and how highly thought of they are by the public, by SCAS and by their fellow CFRs across our region. We really do need a few more people to join the group to continue their fantastic work.”

SCAS is currently appealing for more volunteers to join the Swallowfield group, and is particularly interested to anyone who would be able to offer a few hours voluntary cover during weekdays. Volunteers would need to be able to offer a minimum of 20 hours cover in their local community per month. The exact time is completely flexible for each individual volunteer according to the existing work, family and other commitments volunteers have and does not need to be planned rigidly in advance. Volunteers can ‘book on’ and ‘book off’ if, for example, their plans change unexpectedly.

To find out more about the role of a CFR:

Interviews with Gary available on request to 07623 957 895 or email oncallmedia@scas.nhs.uk

Community First Responders come from all walks of life. If you are interested in joining SCAS as a volunteer you will need to be over the age of 18, physically fit and healthy, able to carry out effective cardiopulmonary resuscitation (CPR) for up to 20 minutes (after training) and be a car owner with a full UK driving licence.

Community First Responders (CFRs) receive full training by SCAS to provide life-saving treatment and if they are sent to an emergency they are always backed up with the nearest available ambulance. Every six months, all CFRs must complete training to refresh their skills and there are optional monthly training sessions they can attend too.

SCAS is currently supporting all CFRs to achieve a national qualification – Level 3 Certificate in Ambulance First Response – which will provide them with enhanced emergency medical skills they will be able to utilise prior to our ambulance crews arriving on scene.