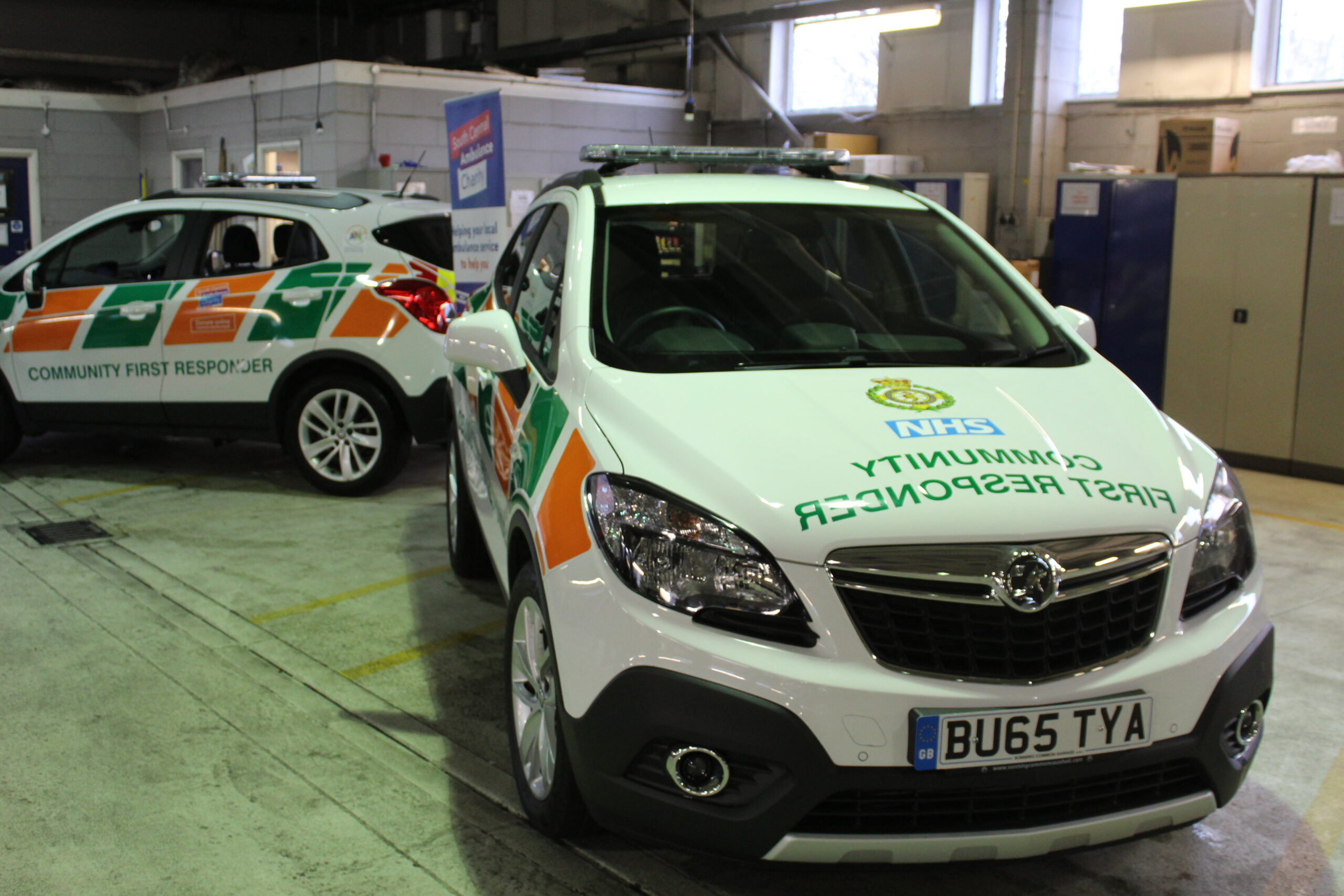 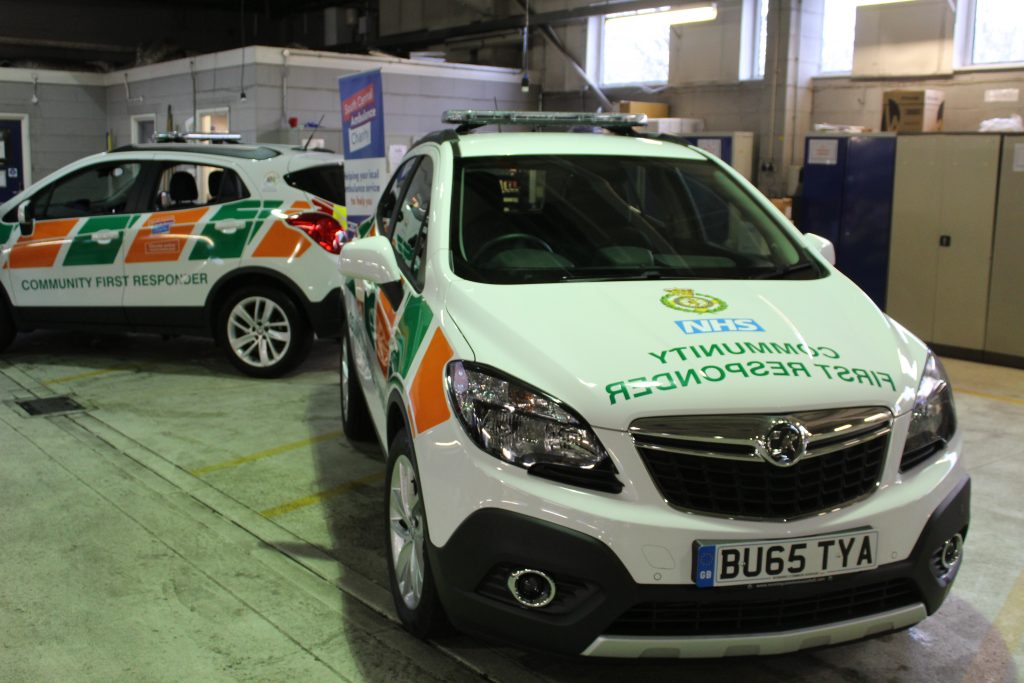 The models selected were Vauxhall Mokkas and both have been converted internally and externally to dynamic response vehicles (DRVs). They have been equipped with collision dashcams as well as the same in-vehicle communication system from Terrafix that is used in SCAS emergency rapid response vehicles and ambulances. The new DRVs save valuable seconds by directing CFRs to the exact location of every patient they are sent to using the Terrafix system; this was previously done by CFRs talking to SCAS Emergency Operations Control room through a combination of a pager and radio system.

The new vehicles also allow responders to carry more equipment to give a better service to the patients they are sent to. For example, CFRs using the DRVs are able to carry Entonox®, a fast acting pain relief (commonly referred to as ‘gas and air’); for security and safety reasons, Entonox® cannot be transported by CFRs when using their own vehicles.

Around half the £30,000 total was donated by the organisers of the Glastonbury Festival. Martin Maynard, a community first responder (CFR) in Pangbourne has been volunteering at the festival for over 17 years. For the last five years he has helped to coordinate over 400 stewards who help run the ‘Night Life’ area of the Glastonbury Festival. As a result of Martin’s efforts, along with many other volunteer stewards from Berkshire, the Festival organisers have made a significant donation to Martin each year to help with his CFR work in and around Pangbourne.

David Hamer, Community Liaison and Training Officer for Berkshire at SCAS, said: “I’m delighted that after five years of fundraising we have been able to purchase and equip two new vehicles for our community first responders to use across Berkshire. The cars will without a doubt help save lives and ensure that we can reach more people, more quickly in the local Reading and Bracknell communities who need us. I’d like to thank everyone who contributed to the fundraising campaign, but especially to Martin, Brian and Paul as without their voluntary work and donations, the fundraising campaign to get these new vehicles would not have succeeded.”

Martin Maynard, Community First Responder for Pangbourne, added: “Not only do these two new vehicles help make the work of community first responders in Berkshire more visible to the local community, they also help us develop and support new CFRs who join their local schemes. With the new DRVs, what we can do now is send them out with two CFRs in – one experienced and one new – so we build up the confidence of new volunteers prior to them going out in their own vehicles as solo responders. The Terrafix system also means we can keep community first responders on the road for longer and send them to where the demand from patients is, rather than have people waiting at home for a call.”