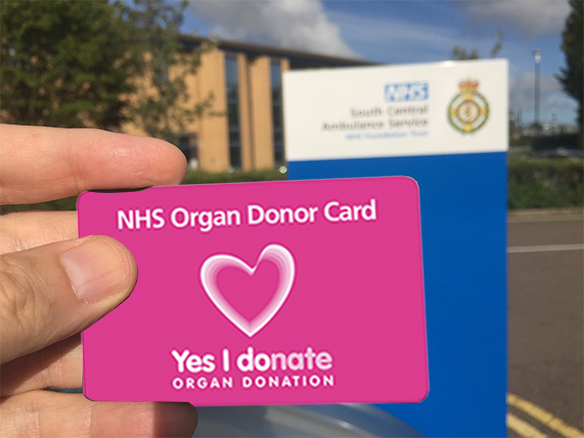 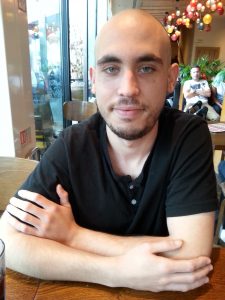 Dean before his second transplant

Having already had a kidney transplant when he was 15-years-old, Lesley was devastated to be told that her son Dean was going to need another one 11 years later.

In March this year, Lesley donated one of her own kidneys to Dean as a living donor – something she hopes other people may also now consider.

“My son Dean was born with chronic kidney disease, but neither I or his father Howard knew anything about it until he was much older. As he was growing up Dean used to drink a lot and tell us he always felt thirsty. He was checked for diabetes and that came back negative; and apart from the thirst he had no other symptoms that might indicate he had a kidney problem, so it was something that was never looked for.

One morning when he was 12-years-old he was walking to school and his legs just gave way from under him. He was taken into Milton Keynes Hospital and was promptly blue-lighted to Great Ormond Street in London. We were told that both Dean’s kidneys had failed. In order to keep him alive he was immediately put on peritoneal dialysis which meant he had to have a tube in his abdomen so that toxins in his kidneys could b flushed through.

Howard was identified early on as a transplant match for Dean, but we had to wait two-and-a-half years before Dean’s blood was stable enough for him to have his transplant and ensure that his body wouldn’t reject it. Every evening Dean would have dialysis at home which took around 40 minutes to prepare and then he was attached to a machine with a long lead for 10 hours a night, sometimes longer. Howard and I would also have to perform nightly checks on him beforehand too, such as taking his weight and blood pressure.

It was a tough time, but especially so for a young teenage lad who just wanted to be fit and healthy like his friends. There were many routine – and some emergency – trips to Great Ormond Street Hospital in London over those years.

Prior to Dean becoming unwell with chronic kidney disease, I assumed that any parent would be able to donate to their child if they needed a kidney, and that once a donation had taken place, that it would last a lifetime. But we met plenty of families on our trips to Great Ormond Street where parents, and other family members were unable to donate, leaving them with an anxious wait on the transplant list. 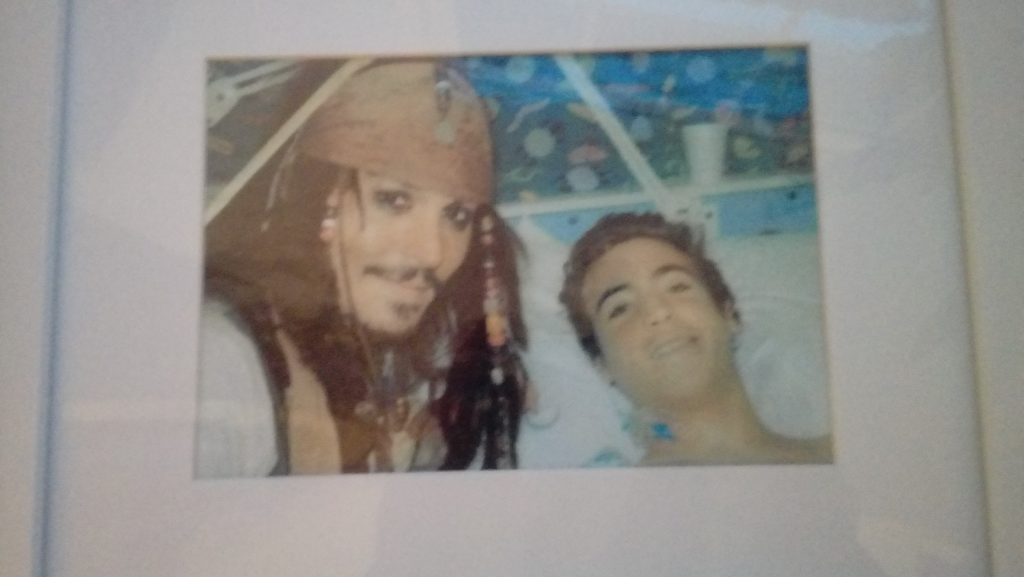 Finally, the transplant operation was scheduled for November 2007 and we all went down to Great Ormond Street again. The operation went well and we were advised by Dean’s consultant that his new kidney from his Dad, Howard, should last around 10-12 years and then he would probably need another one. I was working at SCAS on the 999 service when I had a text from Dean with the devastating news that after only eight years, the kidney had started to fail.

I had also been identified as a match for Dean so there was never any question that I wasn’t going to give him his second kidney. Dean was monitored closely by the Renal Unit at The Churchill Hospital in Oxford and we were advised that he did not need an urgent transplant as there was still life in the kidney that Howard had donated.

It was three and a half years later, when Dean had become really unwell with a lot of sickness that the second transplant took place. In March 2019, both Dean and I went into The Churchill Hospital and the two operations were carried out.

My own part in this was very straightforward; the living donor team at The Churchill helped me through the donation process and kindly arranged for a large number of tests and checks to be carried out over just a few days so that I wouldn’t have to keep taking time off work for a series of appointments over a long period of time. There was also the pre-operation assessment which took place two weeks prior to the transplant.

I went into hospital on the Tuesday morning and I was out by Friday afternoon. Having had major surgery in the past, the transplant operation didn’t feel like major surgery to me. Whilst I wasn’t jumping around the hospital, I was certainly able to get out of bed and walk around a little the following day. I don’t feel any different having just one kidney, and neither has Howard following his donation, and we’ve not been advised to make any changes to our lifestyles or told not to do certain things. I had a check-up at The Churchill Hospital six weeks after donating one of my kidneys and I was back to work the next day.

The difference it has made to Dean has been incredible; no more sickness, he has more energy and he looks well. A few days before the operation his serum creatinine level was 860, whereas a person with normal kidney function has a range of 60-110. Ten days after receiving his second kidney, this level had gone down to 107 – within normal range. The creatinine levels in his blood rose due to poor clearance of the creatinine by the kidneys.

To see Dean now compared to how he was is an amazing feeling and to know I’ve made such a difference to someone else’s life is something that nothing else in life is ever going to beat.” 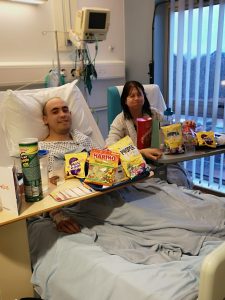 Dean and Lesley after the second transplant operation

Across the UK, more than 1,000 people a year donate a kidney or part of their liver while they are still alive to a relative, friend or someone they do not know.

A healthy person can lead a normal life with only one functioning kidney and therefore they are able to donate the other to someone in need of a kidney transplant.

Across the UK there are currently around 5,000 people in need of a kidney transplant to transform their lives and hundreds of patients die each year waiting for a transplant due to a shortage of organ donors.

Find out more how you could become a living donor like Lesley and Howard at www.organdonation.nhs.uk/become-a-living-donor/