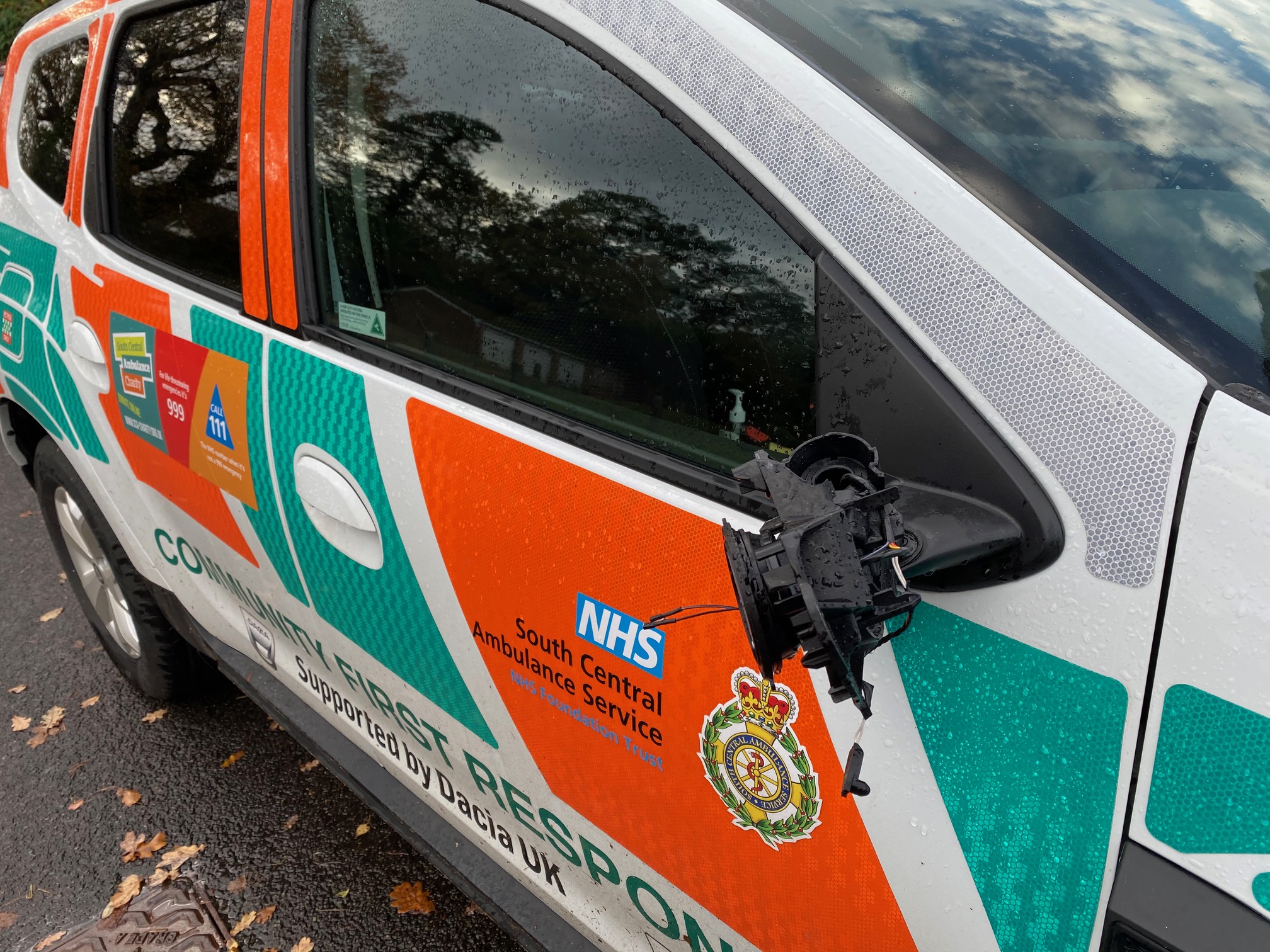 Vandals attacked a large number of cars in Bransgore, Hampshire, in the early hours of Sunday morning. The vehicles damaged included the First Responder ambulance car of the Bransgore Community First Responders (CFRs). With its mirror smashed it had to be taken out of service and is unable to be used to attend 999 emergency calls in the area. 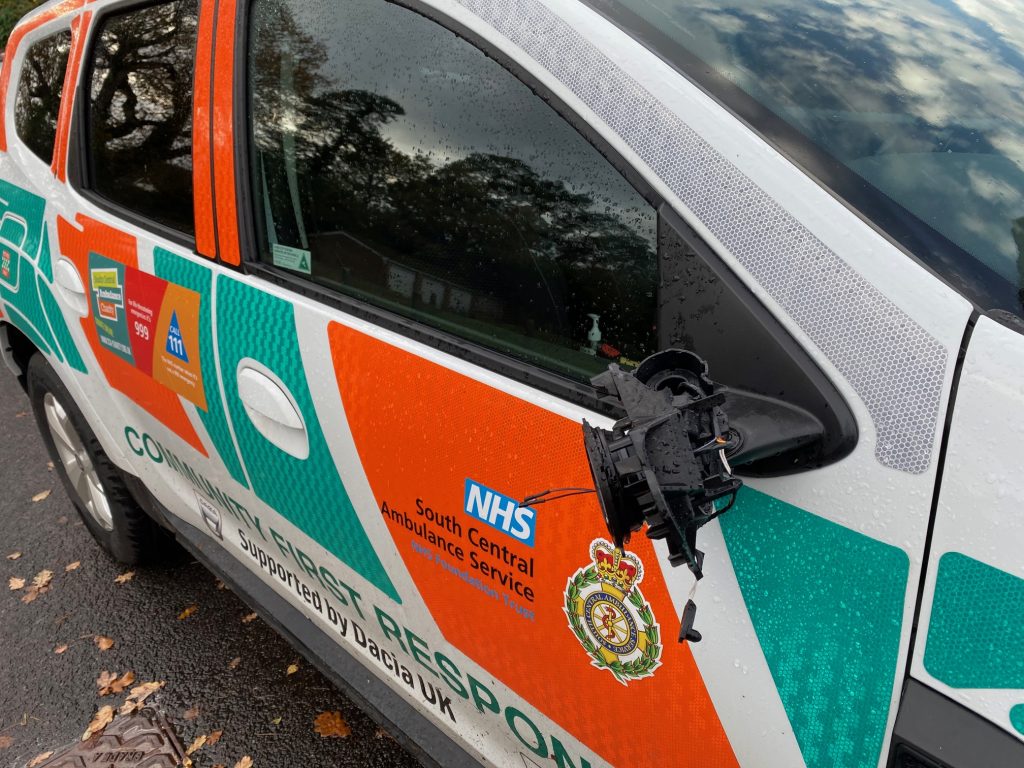 The highly visible car was parked near Burnt House Lane while the on-call volunteer responder was inside his house. He had already attended two calls that evening, and the car was last seen intact at about 1.30am. At 7.30am he found that the door mirror has been smashed to pieces. It then transpired that numerous other cars had been attacked and at about 6am some suspects had been chased by a neighbour but they had got away.

Local residents and other crime victims have shared their outrage on social media and have secured some CCTV footage of those thought responsible.

“While we share the frustration of everyone whose car has been damaged, to actually damage our ambulance car so it is not useable, during a time of the pandemic health emergency is disgraceful. As a result of this mindless action our volunteers are less likely to be able to provide that critical response in the first few minutes of a medical emergency or cardiac arrest. This really could cost lives in our community until we can get the car back on the road. Local communities donate money which enables South Central Ambulance Charity to provide the cars. To have someone do this is so disrespectful to those who care.”

“The car is covered in high visibility markings, the vandals took all that into consideration and continued to cause damage. Damaging a vehicle which our local responders use in volunteer capacity and continue to raise funds to support, is disgusting. The team are now without a vehicle, which is only three months old, and this could significantly reduce the chances of them being available to the local community to attend a life-threatening call. The costs of repair or insurance excess will now have to be borne by the SCAS Charity and so this money cannot now be used for other lifesaving equipment. I would urge anyone with information to contact the police. I hope that those responsible don’t find themselves needing the services of the local community responders as their actions could well mean they are not available.”

The Community Responders are asking anyone whose car was damaged and who has not yet reported it to Police to do so as soon as possible so that police can get an exact picture of how many cars were damaged and the costs involved. They also ask anyone with information or CCTV footage which may help to identify those responsible to notify Hampshire Police on 101, or anonymously via Crimestoppers on 0800 555 111 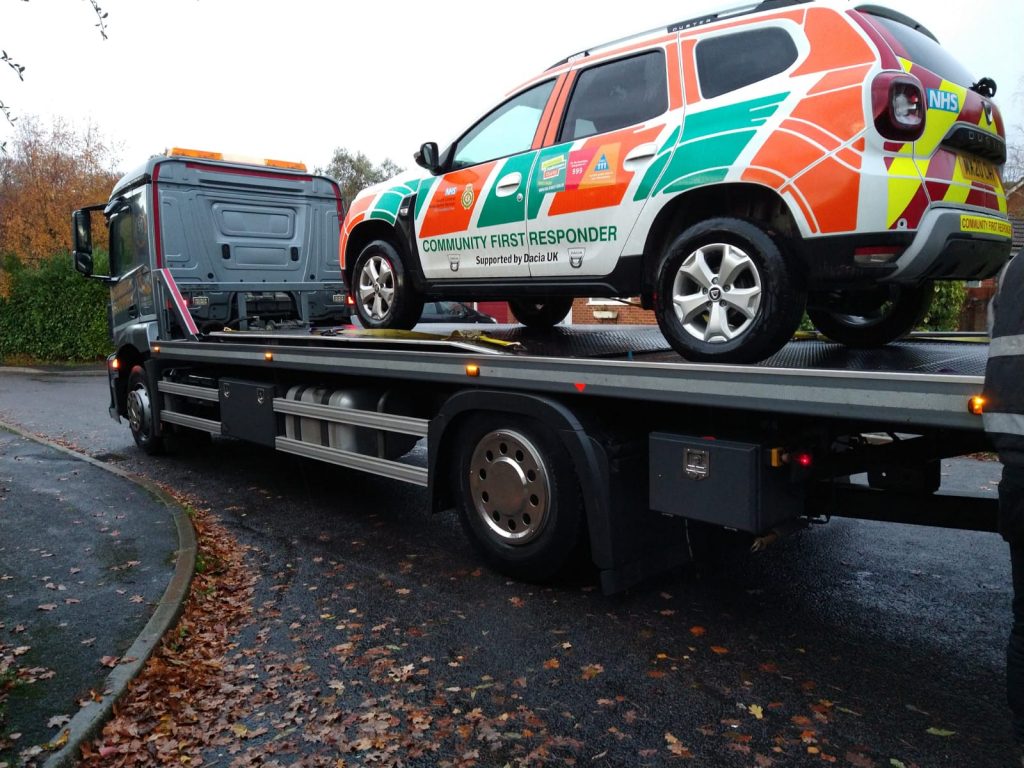 The South Central Ambulance Charity funds Community First Responder schemes. They develop and enhance the care that the ambulance service can provide to those in need. This includes funding research projects, state of the art equipment and improving working environments.

Anyone who may be interested in becoming a community first responder in the New Forest area should ring 0800 587 0207 or email cfr@scas.nhs.uk