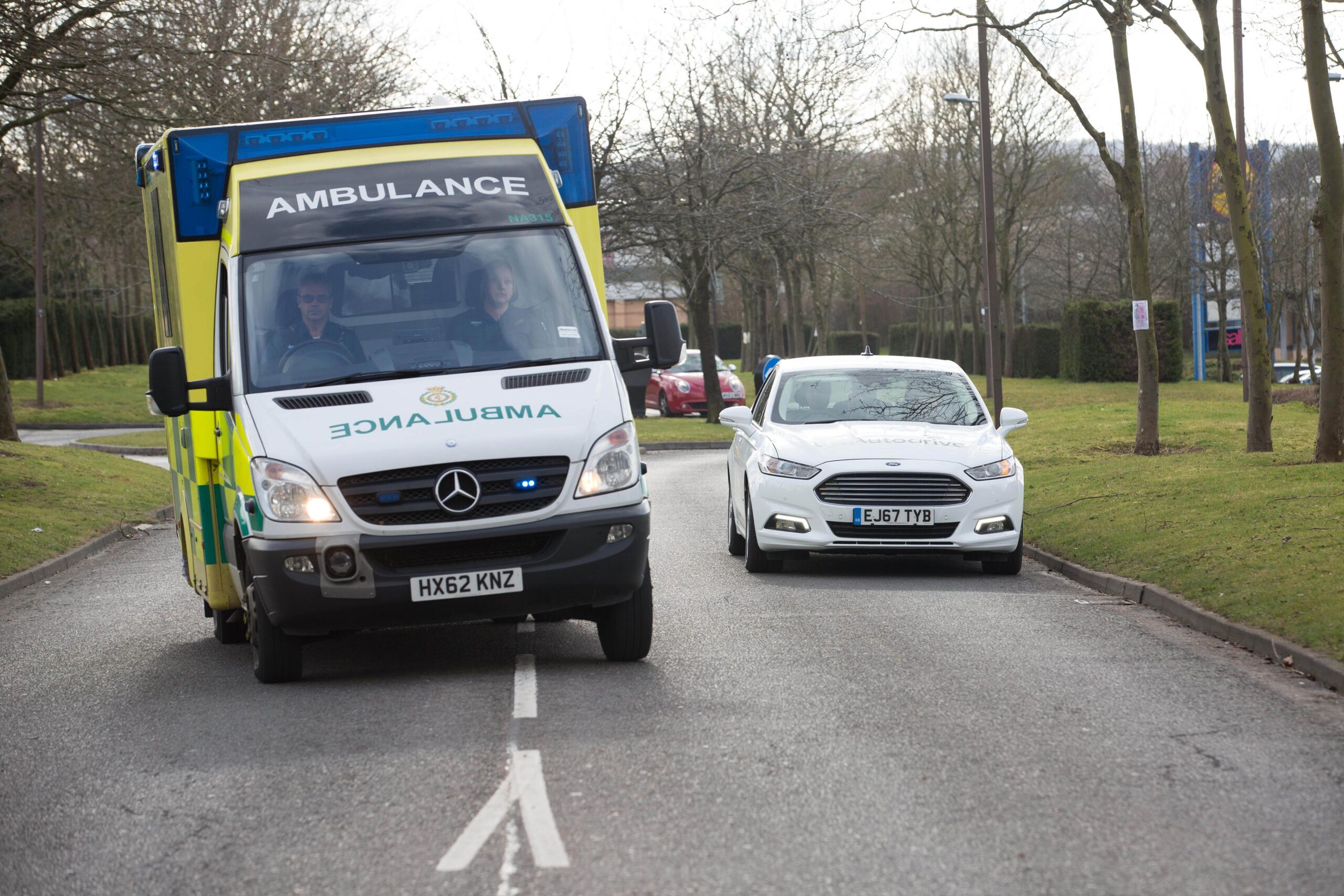 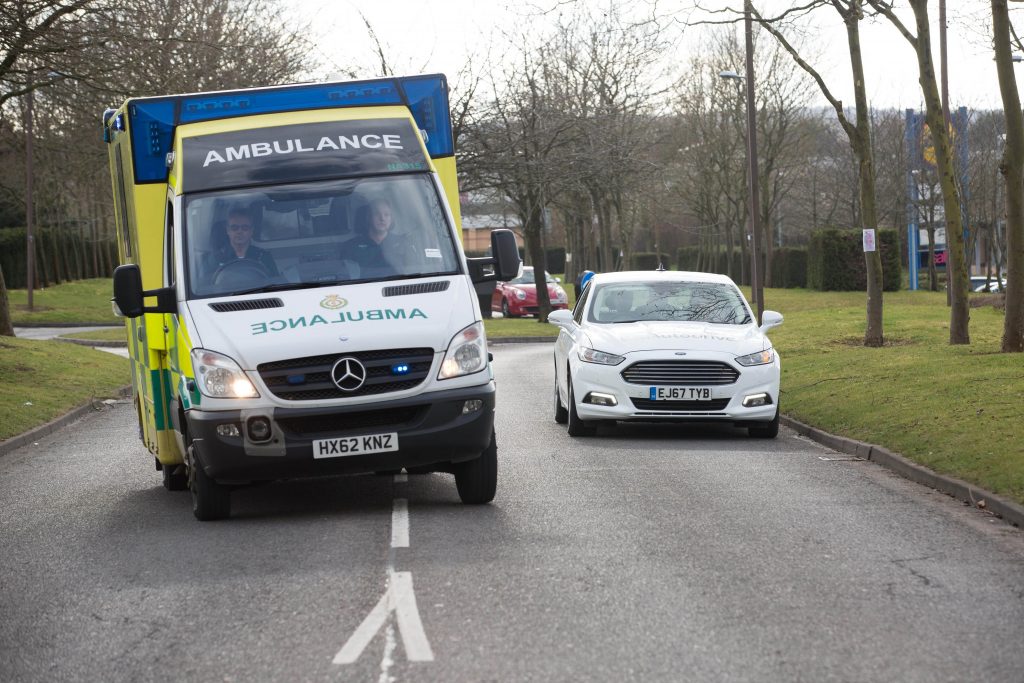 SCAS was initially one of two emergency services approached by the UK Autodrive project team. The suggestions, challenges and commitment from Mark Begley, Head of Operations, and Steve Winfield, Clinical Operations Manager, for Milton Keynes and Aylesbury Vale, along with the local ambulance service team, during the planning stages made SCAS the obvious emergency service partner of choice for the Milton Keynes trial. 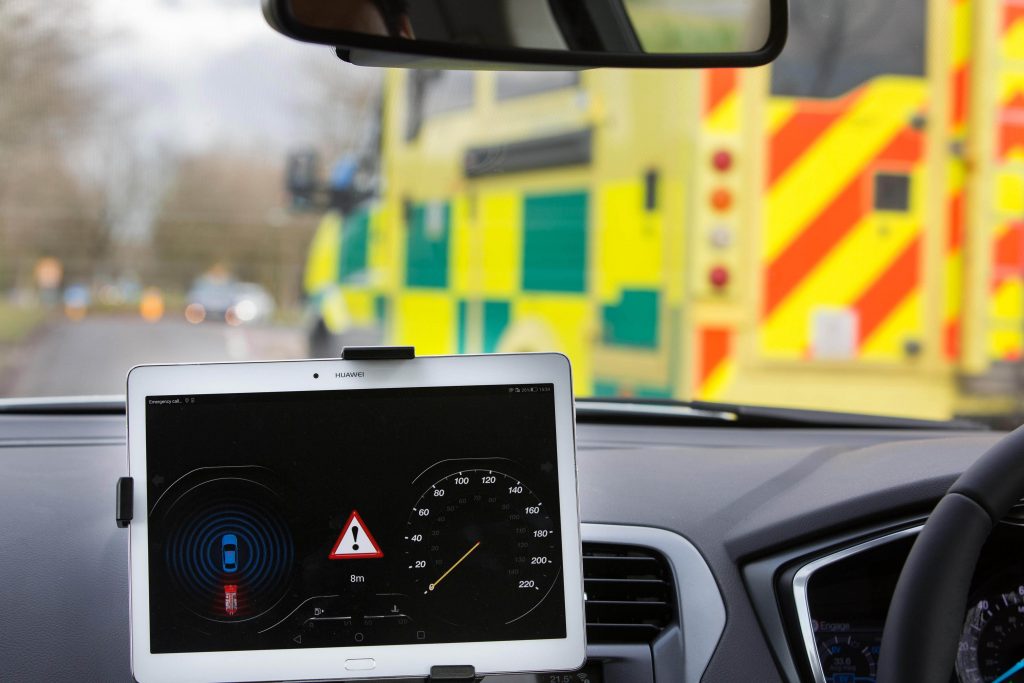 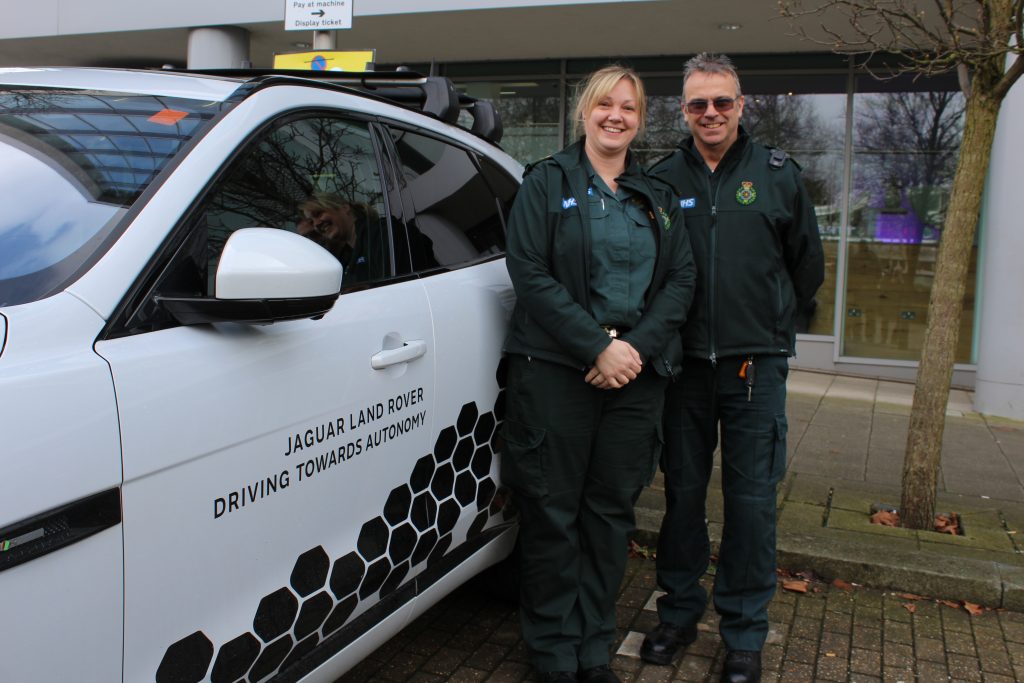 Paramedic Team Leader, Lisa Pringle, who along with colleague Nigel Mason, Paramedic, took part in the trials over a five day period between 14-23 March in central Milton Keynes, said:

“Some people do tend to panic a bit when they see or hear emergency vehicles approaching. As a result their vehicles can become very unpredictable and we have to adjust our driving to manage that risk. The system we’re helping trial tells the driver not just how far away we are, but what direction we’re coming from. This helps them plan ahead even before they can see us and sometimes, even hear us coming.”

“As well as helping us get to emergency incidents that little bit more quickly, this technology also has significant benefits when we’re then transporting a seriously ill or injured patient to hospital on blue lights. If that journey can be made smoother for the patient, then this also potentially helps improve their chances of making a good recovery.”

“We were delighted to have been approached by the UK Autodrive project team. As well as being an innovative ambulance trust, we have a strong commitment and focus at SCAS on safety – for our patients, for our staff and for the communities we serve. By being involved in trials of such cutting edge vehicle technology, we can provide valuable input from our frontline staff to the engineers, researchers and car manufacturers that will make our roads safer places for all users in the future.”

For further information please contact the Communications Team on 07623 957895 or email communications@scas.nhs.uk

UK Autodrive is the largest of three UK consortia launched to support the introduction of self-driving vehicles into the UK. UK Autodrive brings together leading technology and automotive busineses, forward-thinking local authorities and academic institutions to deliver a major three-year UK trial of autonomous and connected vehicle technologies taking place in Milton Keynes and Coventry. UK Autodrive is jointly funded by government and industry. The competition was delivered by the UK’s innovation agency, Innovate UK. For further information, see www.ukautodrive.com

All of the cars being used in the UK Autodrive project have been rigorously tested before being introduced onto public roads. Robust safety measures have been developed and refined as integral parts of the programme. In addition, there will be a trained operator at the wheel – ready to take control of the vehicle if necessary