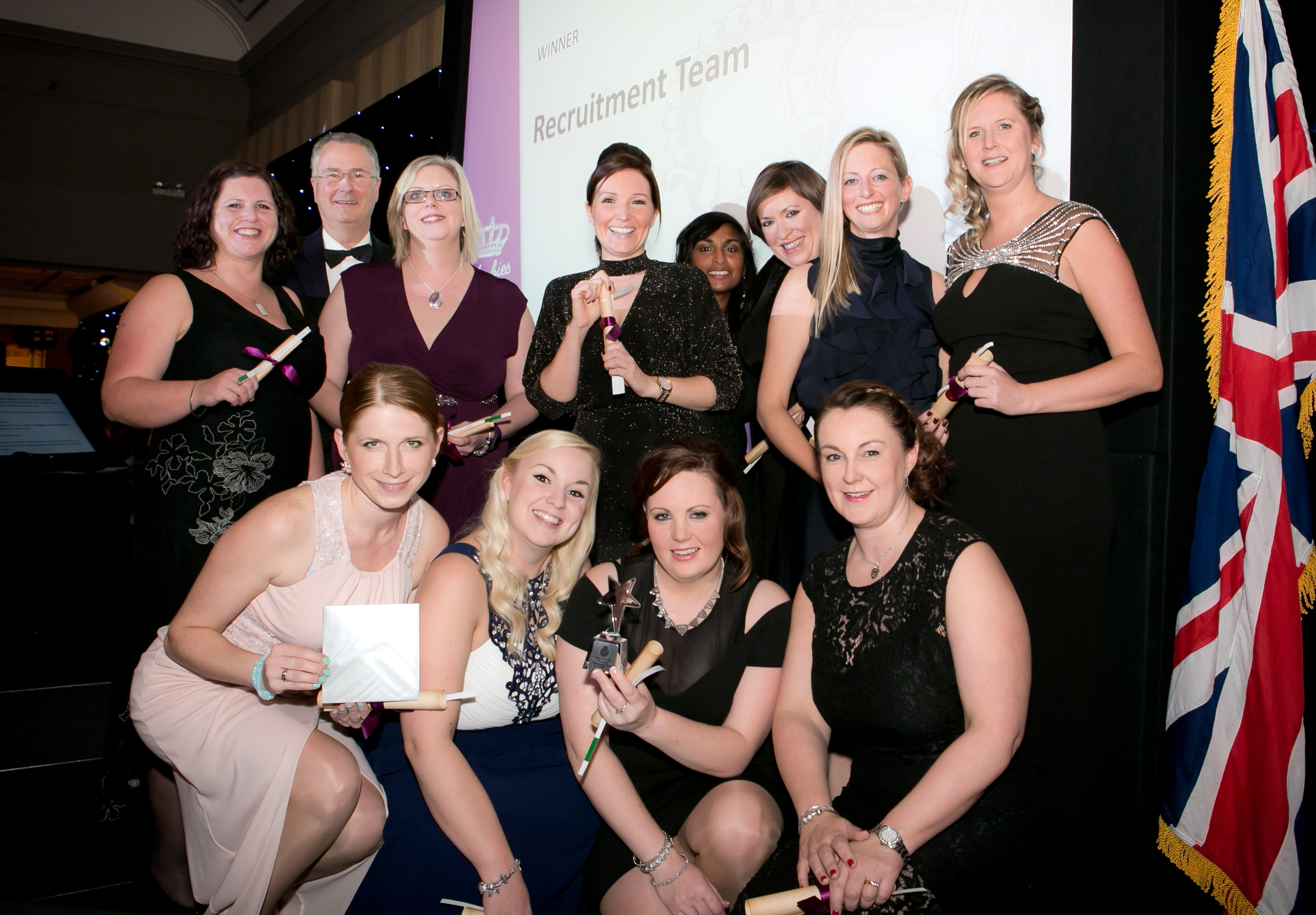 The annual staff awards, known as the Ambies, were held by South Central Ambulance Service NHS Foundation Trust (SCAS) at The Castle Hotel, Windsor, on Friday 25 November. The Ambies showcase those members of staff who epitomise the Trust’s values of teamwork, innovation, professionalism and care. 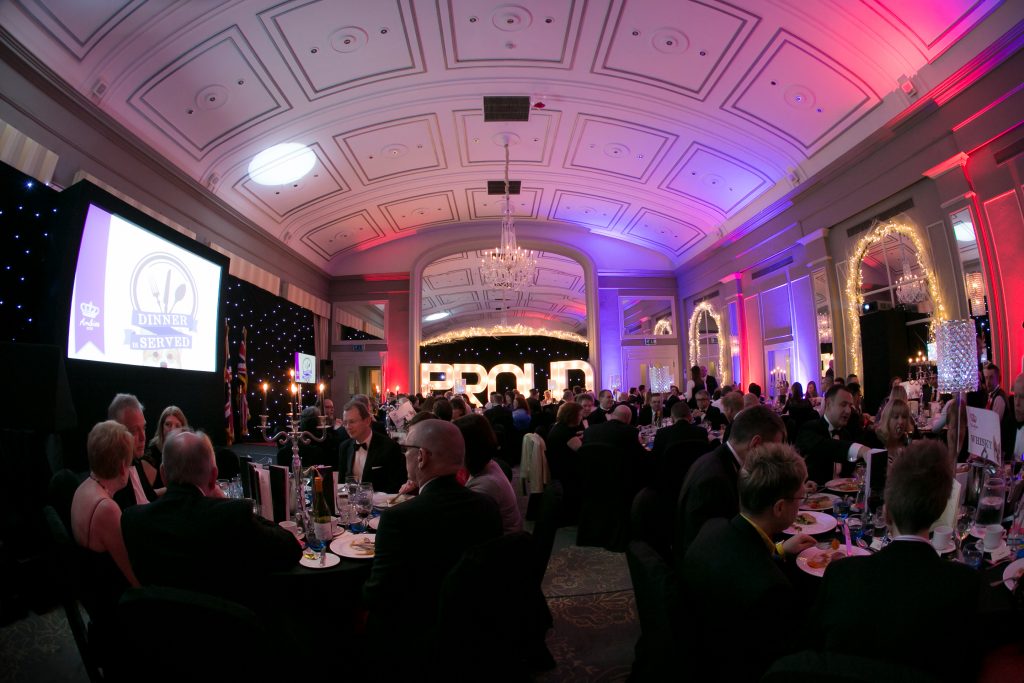 The Ambies in full swing

This prestigious black tie event is made possible thanks to the generous contribution of a number of sponsors, including Hexagon Safety & Infrastructure, O2, O&H Vehicle Conversions, Terravix and Ortivus.

It was an evening to remember for a number of SCAS staff and teams who were announced as the winners of the following categories:

Monica is a Health Information Adviser and Call Handler based in our Clinical Co-ordination Centre in Otterbourne. Nominated by her manager, Monica was described as “supporting both the health information and call handling team with her honesty, hard work and support. She tirelessly strives for improvement both in herself and the service we provide to patients.”

Robert is an Emergency Care Assistant based at our Hythe Resource Centre in Southampton. Nominated by two of his colleagues, Robert was described as “a very caring person who has an excellent manner with patients and he has a great deal of experience which he enjoys passing on to newer staff and students.” 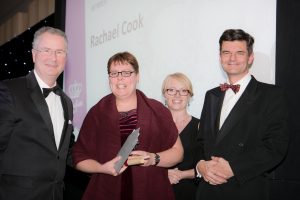 Rachel is the Clinical Support Desk Manager at the EOC based in Northern House, Bicester.

Her nomination highlighted how she is “a tireless champion for our patients.

She is constantly trying to ensure that the Clinical Support Desk is working in the most productive way to achieve the best care we can for our patients.”

Educator of the Year – Julie Bailey

Julie is a Clinical Mentor based at our Nursling Resource Centre in Southampton. She was nominated by one of her student paramedics, who wrote “she is always looking for new ways and opportunities for her to learn, and to teach everyone and anyone. She continues to seek new and improved ways to support and challenge her students and staff.”

The team of 10 CFR Co-ordinators lead 135 community first responders across Oxfordshire and were nominated for “being a dedicated team that look after, assist, support and recruit responders in their local area. All of them have been responding for many years and have given thousands of hours of vital rural cover in their communities.” 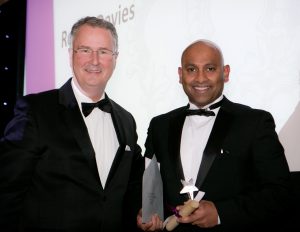 Rohan is an Ambulance Care Assistant for our Non-Emergency Patient Transport Service (NEPTS) and is based at our Bletchley Resource Centre.

He was nominated by his manager for delivering an outstanding contribution to NEPTS over the last 12 months. The nomination highlighted Rohan has “boundless energy, focus and enthusiasm when he is on duty, always volunteering to help his colleagues out and shows great compassion and empathy towards his patients.”

Michelle is a Communications Manager based in Otterbourne and was nominated by a colleague for her support of the Paramedic 2 Trial that SCAS is currently taking part in. Michelle was nominated for “being very supportive in the early stages of the trial when there was a great deal of media interest and ongoing external and internal communication of the research team’s work.”

Based at SCAS’ Clinical Co-ordination Centre in Bicester, the NHS 111 North Shift Managers and Team Leaders were nominated by their manager, who wrote “the team have come up with new ideas on our working environment, how we can improve our performance and are continuously finding new ways of working which will improve NHS 111 and the service we can provide to our patients.”

The Recruitment Team, based in Bicester and Newbury, received four nominations for this award with their success summed up in one nomination as “by displaying excellent teamwork, support for each other, taking on new ideas and challenges and proactively improving their own personal and professional development, the team has recruited over 1,000 people in to SCAS over the last 12 months – making the Trust the top performing ambulance service in the country in terms of recruitment.” 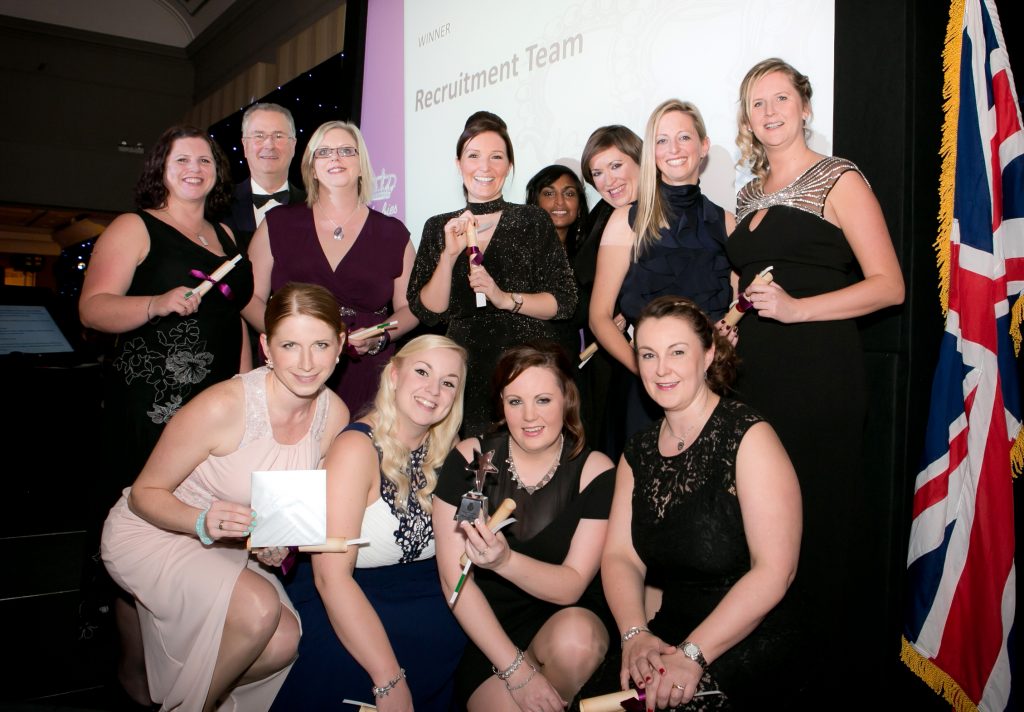 John works as a Community Healthcare Practitioner and is the driving force behind Safe Space in Portsmouth. He received an amazing 15 nominations from colleagues, one of whom summed up everyone’s thoughts with “SCAS owes a vast chunk of its friendly, caring image to John’s work in the local community. He has earned the respect of everyone he has worked with.”

Jeanette is a Paramedic Team Leader based at our Milton Keynes Resource Centre. Her nomination from a member of her team highlighted how her “consistent approach, enthusiasm, long term dedication and high standards have delivered high team performance and raised team morale. She is key to the success and progression of many staff in Milton Keynes which benefits both SCAS and the local community.”

Save a Life is a free app developed by the SCAS team in conjunction with O2, based in Slough, Berkshire. The app, which was developed by O2’s Innovation Lab based in their Berkshire head office in just two weeks, was formally launched on 27 October, having been released in May 2017. The app can tell users where there nearest automatic external defibrillator (AED) is anywhere in the South Central region should they come across someone in cardiac arrest. It contains the location of over 2,300 AEDs in the SCAS area and has been designed to allow every ambulance trust in the country to upload the locations of their AEDs. If they chose to do so, this would for the first time provide a national register of every AED in the UK.Since its launch, the app has been downloaded over 8,000 times and SCAS has been approached by two other ambulance trusts who would like to use its technology.

Chief Executive, Will Hancock, said: “The Ambies have been running since 2009 and are an excellent way to reward those staff who go above and beyond the call of duty right across the organisation. Their popularity increases year after year, as can be seen by the record 220 staff nominations we received for the 2016 awards, and they are a great way to motivate, inspire and reward our incredible staff. All staff and teams who are nominated receive a certificate of recognition and those shortlisted are invited to attend the event where the winners of the 12 categories are announced.

“This year’s event in Windsor was a great way to acknowledge a really successful year for us as an organisation too, as we celebrated our 10th birthday in July and were the first ambulance trust in England to receive a ‘Good’ rating from the CQC in September. It was a real privilege for me to be able to spend time with such inspirational people and made me feel very proud to be part of SCAS.”

All the winners received their awards from award-winning broadcaster, Martin Stanford, a TV and radio broadcaster with over 25 years industry experience.