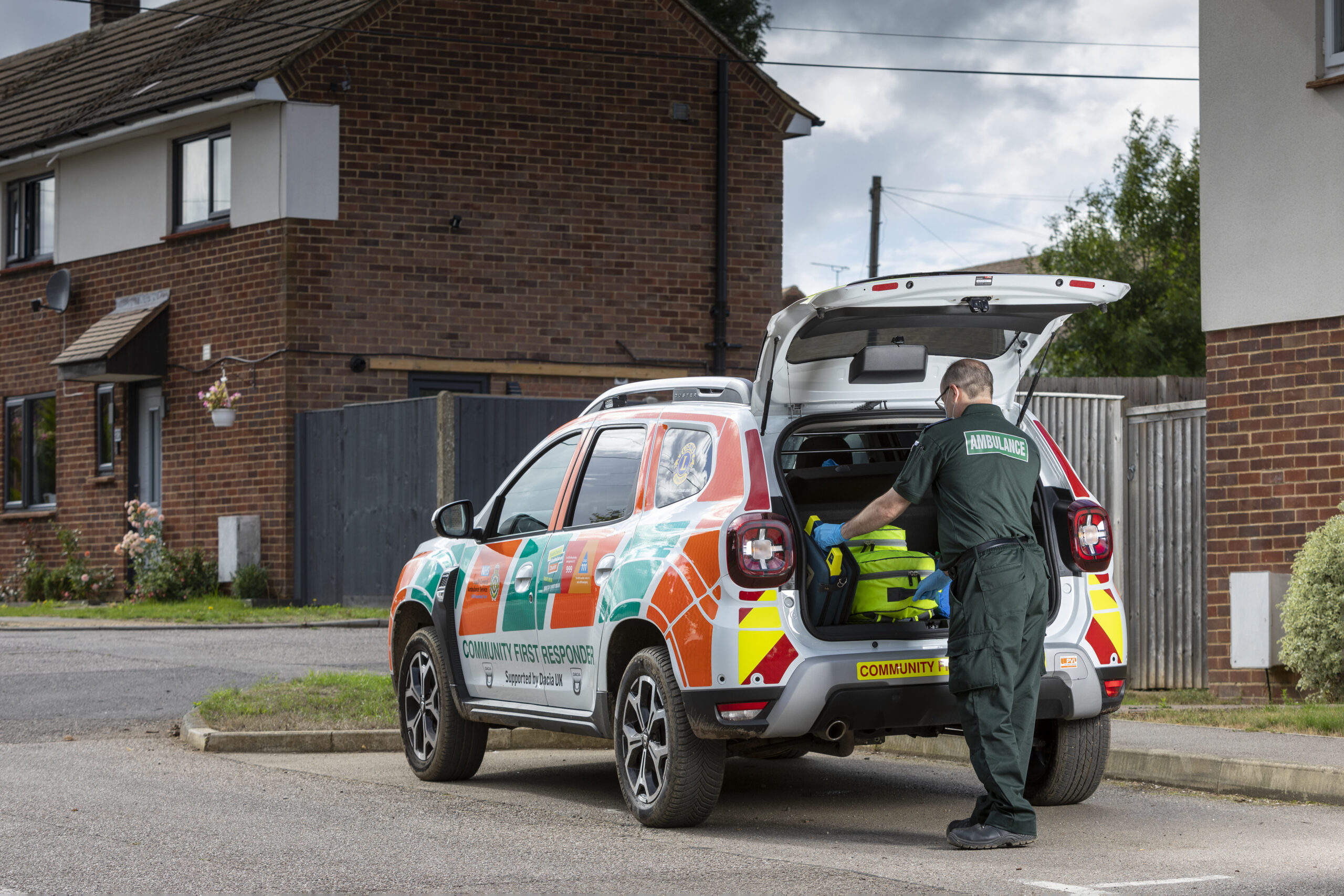 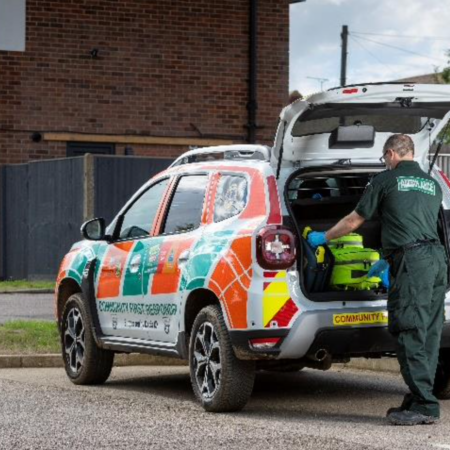 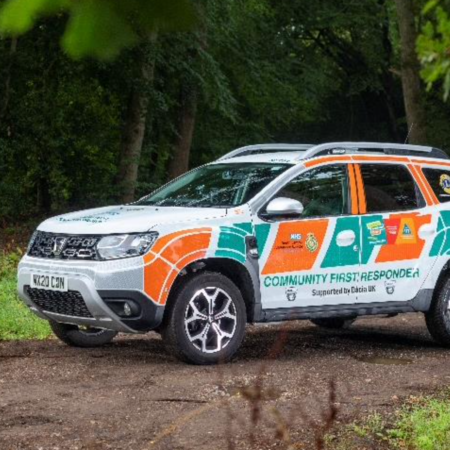 The 1,200-strong team also assist with ongoing patient care at the scene and operate across Berkshire, Buckinghamshire, Oxfordshire and Hampshire. They are funded solely by South Central Ambulance Charity, which provides equipment, training and is responsible for the entire CFR vehicle fleet.

Due to the locality of volunteers, they often arrive before an ambulance to many 999 calls, with the CFR able to administer potentially life-saving pre-hospital treatment.

Over the past year, the Dusters have attended 1,130 ‘Category 1’ calls to treat people with life-threatening illnesses or injuries, such as cardiac arrest, while 5,218 ‘Category 2’ emergency calls were attended where people had breathing difficulties or stroke and heart attack symptoms.

The fully liveried vehicles replaced several ageing cars of different makes and models that required constant attention to deliver the level of reliability that the role of a DRV demands.

The Charity specified 13 of its Dusters with 4×4, designed to help CFRs reach patients in harder to access rural environments and comfortably negotiate more hilly urban areas in wintry conditions.

Vanessa Casey, Chief Executive of South Central Ambulance Charity, said: “The Duster has been an excellent choice for community responding. It has met our expectations in terms of suitability for the role, having all the space we need and being 100 per cent reliable.

“The 4×4 versions have provided reassurance to our volunteers in reaching patients in more remote areas, such as bridal footpaths and rough tracks, where a normal car may have struggled. Feedback from our Community First Responders has been very complimentary.

“Some were a little sceptical at first, but they have all been won over by the Duster’s capability and specification, agreeing that they’ve been a real game changer in terms of patient care and raising the profile and visibility of the service that we deliver.

“Having the Dacia Duster fleet has really helped demonstrate the professionalism of our service and tells the public straightaway that they’re seeing a first responder. What’s more, we’ve also been able to attend events with the vehicles and their presence has helped us to attract even more volunteers.”

Luke Broad, Dacia Brand Director for the UK, said: “I’m really proud to see how the Dusters have helped South Central Ambulance Charity carry out invaluable work in and around the local community.

“The Duster’s rugged and robust qualities are providing volunteers with the peace-of-mind they need to deliver potentially life-saving care, regardless of the conditions. South Central Ambulance Charity’s experience perfectly illustrates all what the Duster has to offer.”