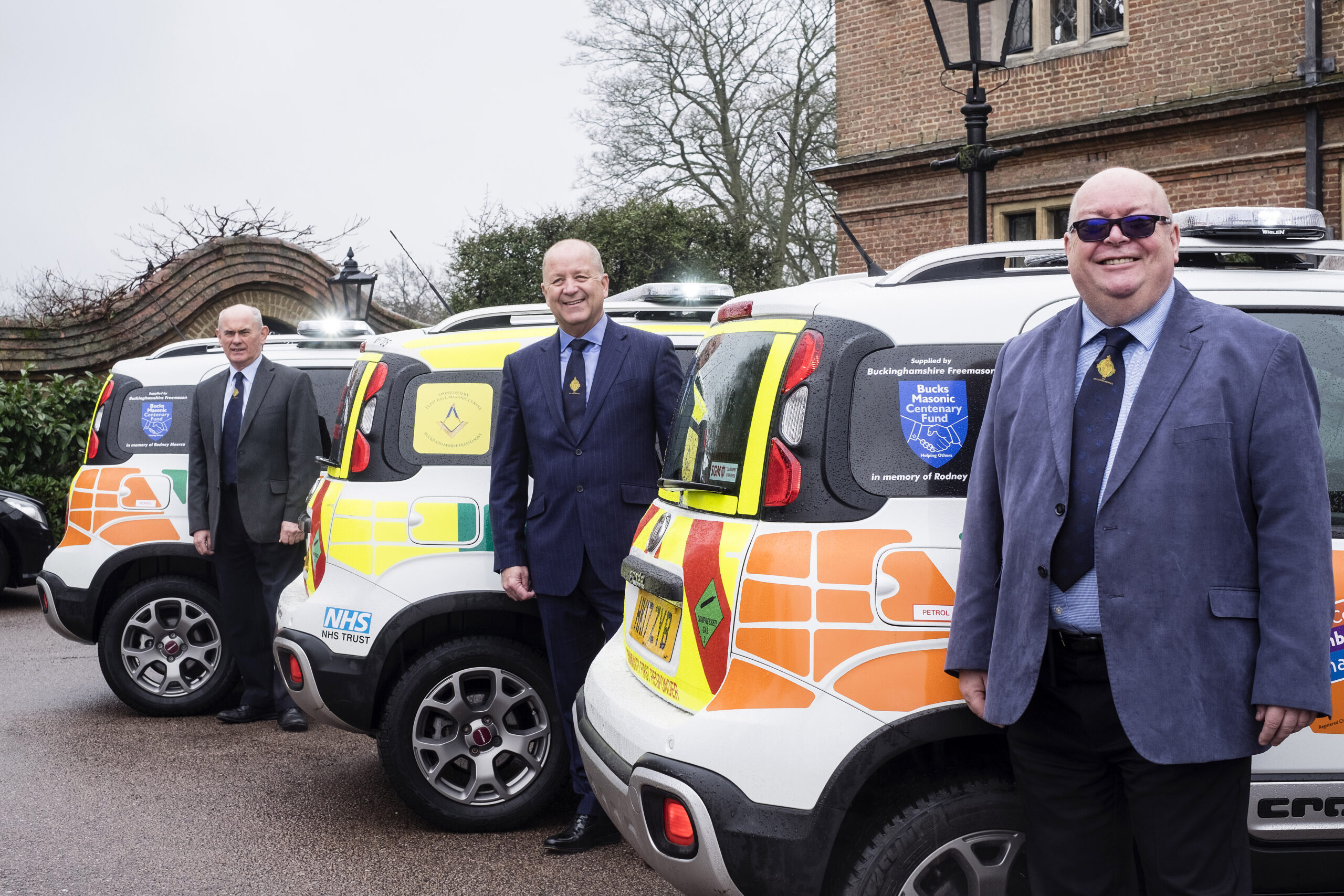 Representatives of South Central Ambulance Charity were delighted to be invited to Horwood House at the end of March to meet members of Bucks Provincial Grand Lodge to show off their new Community First Responder vehicles secured through generous funding from Buckinghamshire Freemasons.

Buckinghamshire Freemasons have now helped Community First Responder schemes across Buckinghamshire to purchase three vehicles for use by our volunteers who are despatched by South Central Ambulance Service NHS Foundation Trust (SCAS) to emergency calls. CFRs provide a vital service in the initial stages of an emergency. Because they are local, they can often reach a potentially life threatening emergency, such as a cardiac arrest, in the vital first minutes before the ambulance crew can get to the scene. The treatment CFRs can give in this time really does save lives. 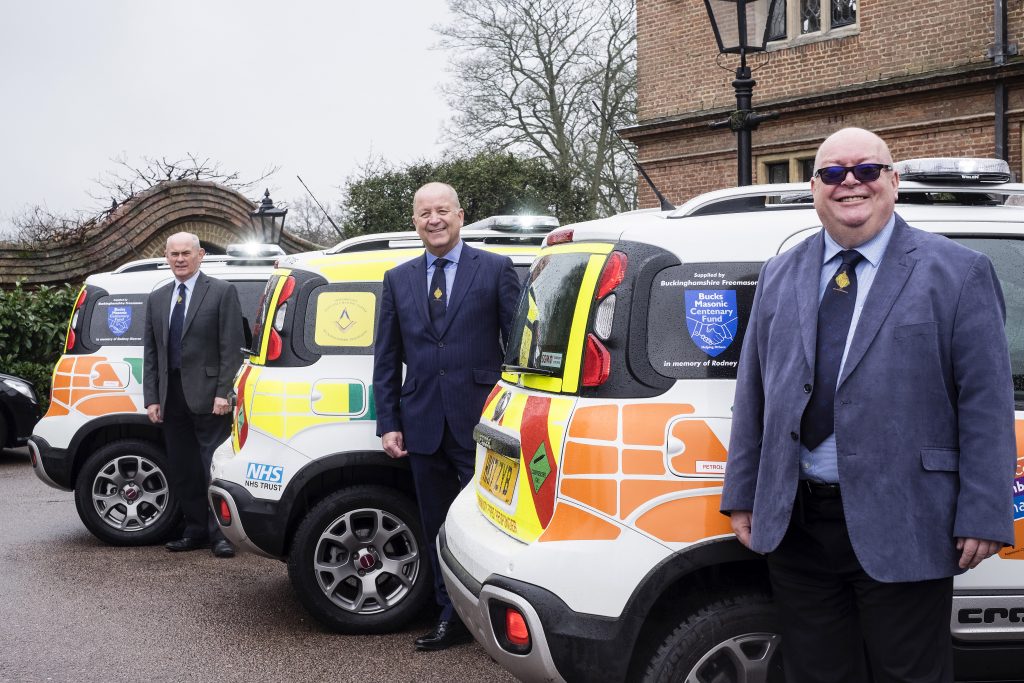 CFRs are trained by staff at SCAS and regularly receive new guidance and training to ensure their skills are maintained. Not only do they save lives but they are also fantastic fundraisers and ambassadors who give life-saving demonstrations. Working closely with local communities to provide and maintain life-saving public access defibrillators in schools, sports clubs, pubs and shopping centres and to run training and education projects that help give people of all ages the confidence to step in and help in an emergency.

As Graham Dearing, Assistant Provincial Grand Master explained, the aim of Freemasonry is to help organisations in the local area so when local Community First Responder and Freemason Steve Acton began raising funds with the support of his local Lodge, Bucks Provincial Grand Lodge decided to step in and help them out. Since then the partnership has developed and two further vehicles have been secured.

The vehicles funded by Bucks Provincial Grand Lodge currently cover the areas of Winslow, Marlow and Aylesbury enabling CFRs in those areas to reach patients further afield, particularly in more rural parts of the county. Each vehicle has a 4×4 capability making them perfect in all weather.

Year on year Freemasons throughout the UK contribute very large sums of monies to support communities and groups who are in need. The contributions often benefit small charitable groups in a local community and collectively they are also able to respond to global catastrophes.

Vanessa Casey, CEO of South Central Ambulance Charity commented, “The Charity is enormously grateful to Bucks Provincial Grand Lodge and all the Freemasons across Bucks who have helped to make this possible. Our CFRs are all volunteers and freely give their time to help others in need and for their work to be valued and appreciated in this way is incredible.” 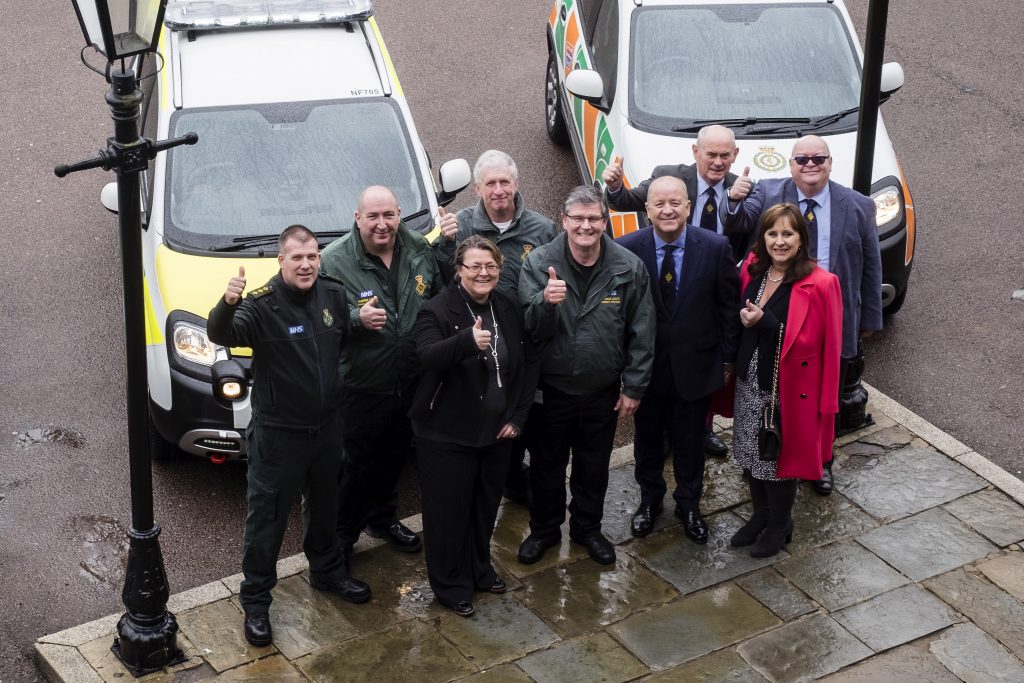