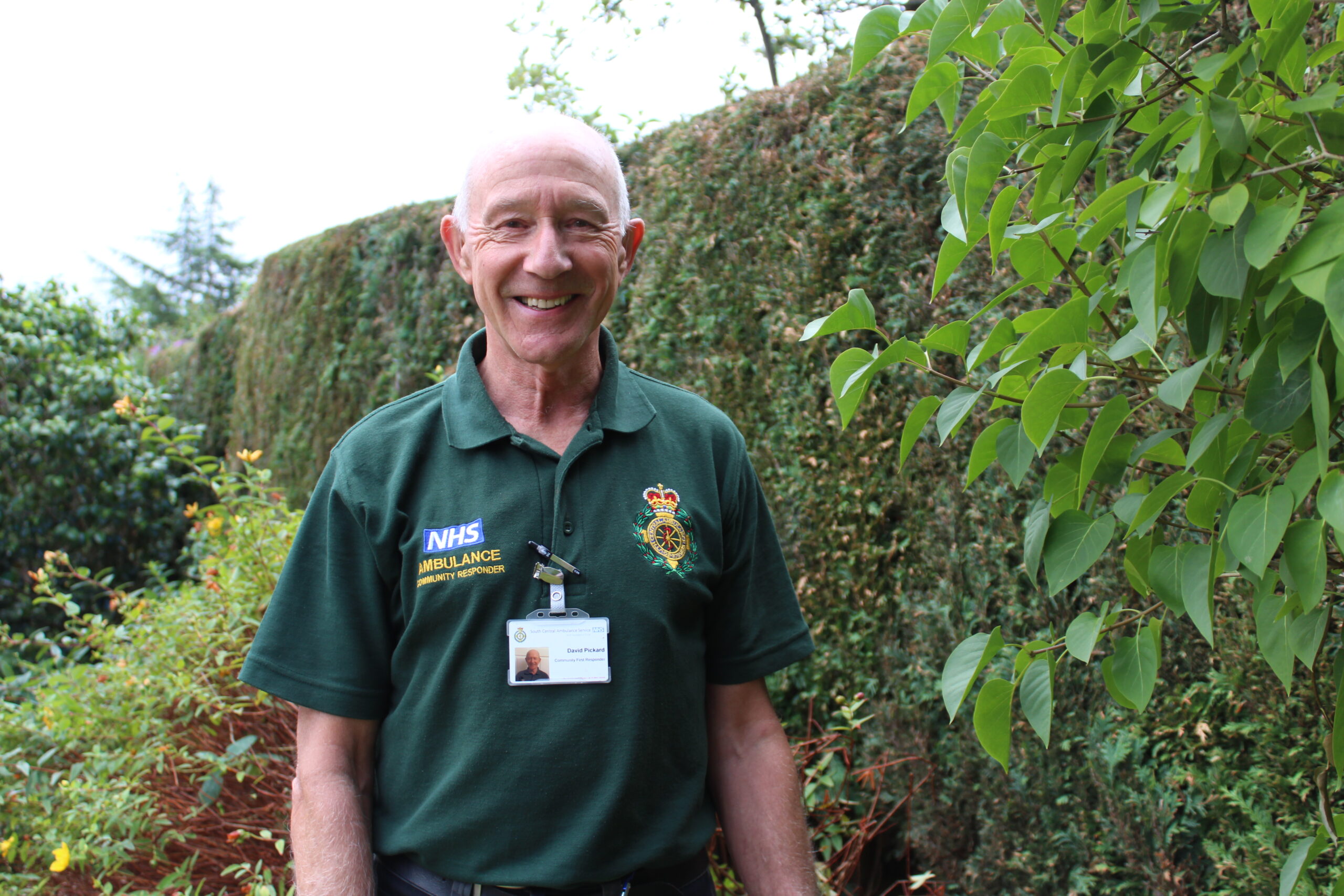 The 69-year-old former engineer began volunteering for SCAS in July 2010 following his retirement the previous year. 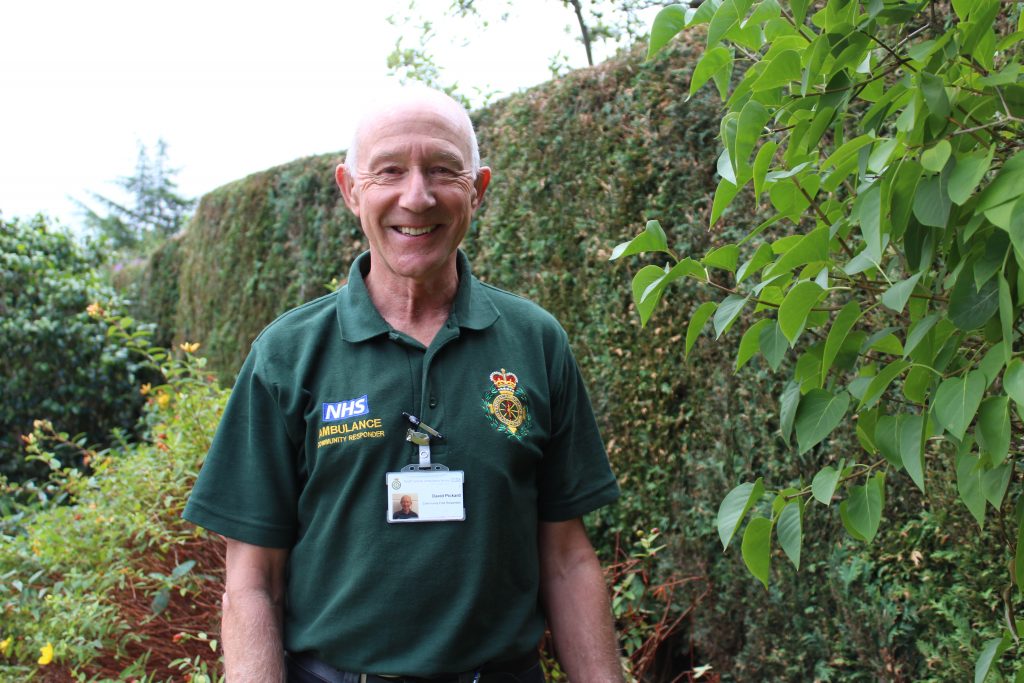 “I was a first aider at my old engineering firm”, recalls David. “I was enjoying my retirement, spending time with my grandchildren, gardening, going on holidays with my wife Sheila, so was still fit, healthy and active and had time on my hands. Sheila saw an advert looking for new community first responders in the Wokingham Times and it sounded quite exciting, so I applied.”

David has been sent to numerous patients with a variety of life-threatening and less serious illnesses and injuries. In his time as a CFR, 14 of the 1,000 call outs were to local people suffering a cardiac arrest. Along with other members of the Wokingham CFR Scheme he also attends events to raise funds for vital medical equipment, carries out CPR (cardiopulmonary resuscitation or chest compressions) and defibrillator training to members of the public and gives talks to local charitable and social organisations on the work of the CFRs.

“I love what I do”, says David, “and whilst I don’t often get to hear what happens to patients I am sent to first if they are then taken to hospital in an ambulance, it is lovely to occasionally bump into one of them on the High Street or at an event and they remember and say thank you. It’s also very satisfying to be told by the ambulance crews backing us up, that we have done a good job and made a difference for the patient by getting to them quickly and starting treatment.”

David is one of eight CFRs in the Wokingham scheme who provide emergency medical cover on a voluntary basis to patients in the town as well as the surrounding areas of Sindlesham, Winnersh, Barkham and Finchampstead. The scheme has been running since 2006 and as well as attending emergency call outs to patients prior to an ambulance arriving, the volunteers have raised funds to install two publicly accessible defibrillators (one in a decommissioned telephone box in Wokingham Town Centre and the other at Dinton Pastures), with a third due to be installed in Emmbrook later this year.

Nicola Wright, Wokingham Scheme Co-ordinator and a SCAS Paramedic, said: “David is an inspiration to us all and he should be justifiably proud of reaching such a significant milestone. As a team we work hard to support all our local communities and with housing expansion in our area, we would be very keen to find a few more Davids who could join us and provide an even better lifesaving service for local people.”

Community first responders come from all walks of life. If you are interested in joining as a volunteer you will need to be over the age of 18, physically fit and healthy, able to carry out effective cardiopulmonary resuscitation (CPR) for up to 20 minutes (after training) and be a car owner with a full UK driving licence. Volunteers must be able to commit to be on call for a minimum of 20 hours each month, which can be arranged flexibly around existing work, family or other commitments.

“As long as I can still manage it, I’ll keep going. I’ve a few more years in me yet – though maybe not quite enough to reach 2,000!” said David.

Anyone wanting to find out more about becoming a volunteer or supporting Wokingham CFRs in other ways can email wokinghamcfr@sca-charity.org.uk