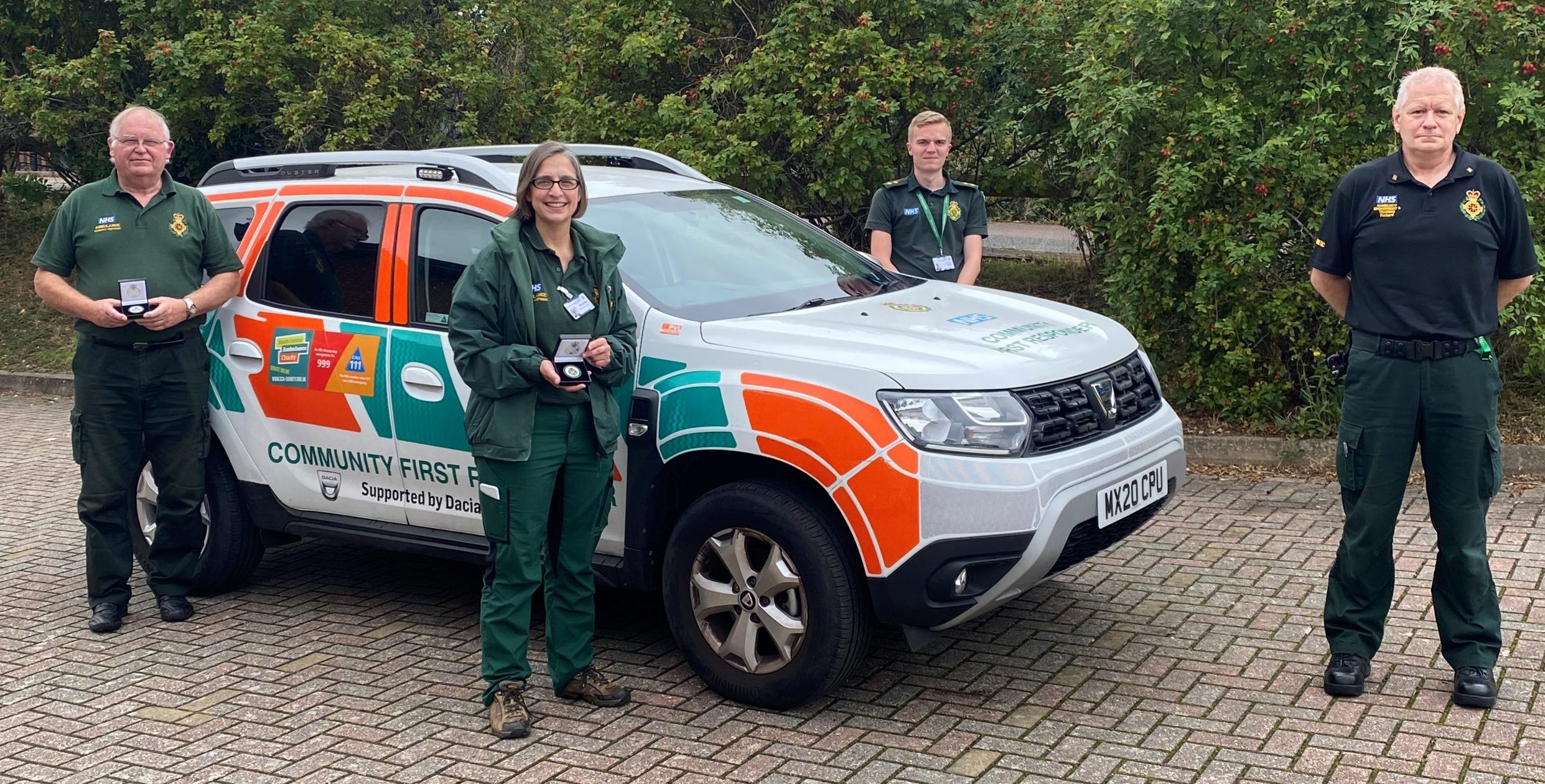 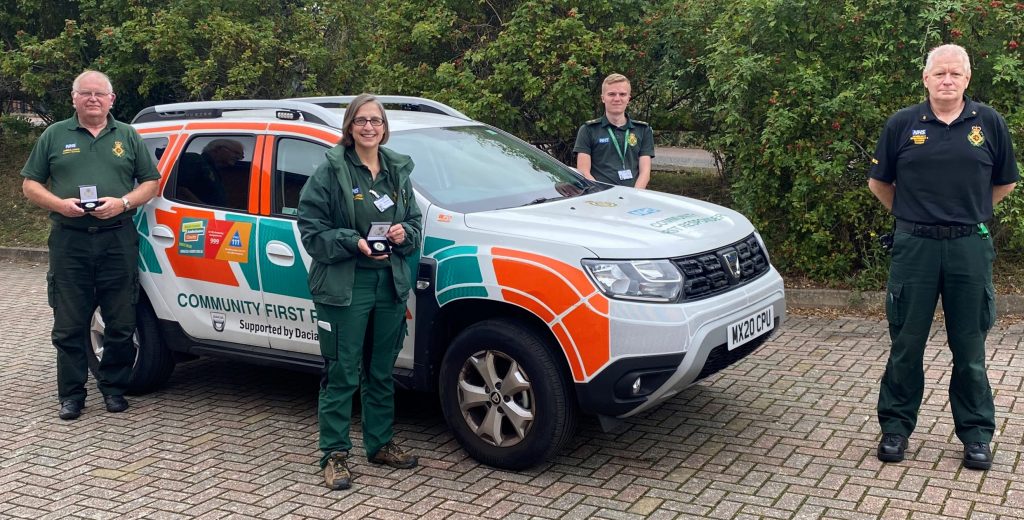 The 1,200-strong team of Community First Responders (CFRs) and Co-Responders were up against four other organisations for the title at the Helpforce Champions Awards 2021, with the winner announced online earlier today (Friday).

Volunteer responders are members of the public trained to support the ambulance service primarily by attending medical emergencies and sometimes providing lifesaving first aid to patients before paramedics arrive.

They also assist with ongoing patient care at the scene and attend more than 30,000 incidents every year. They are funded solely by South Central Ambulance Charity, which provides equipment, training and is responsible for the vehicle fleet of 51.

CFRs volunteer in their spare time – providing a minimum of 20 hours a month each – and cover a population of more than four million across Berkshire, Buckinghamshire, Hampshire and Oxfordshire.

Helpforce was set up by former Marie Curie charity chief executive Sir Thomas Hughes-Hallett to accelerate the growth and impact of volunteering in the NHS by collaborating with organisations and rapidly sharing insights and best practice.

Its awards ceremony celebrates the invaluable contributions made by volunteers in the NHS and this year focused on the role they have played – and continue to play – in managing the impact of the pandemic. 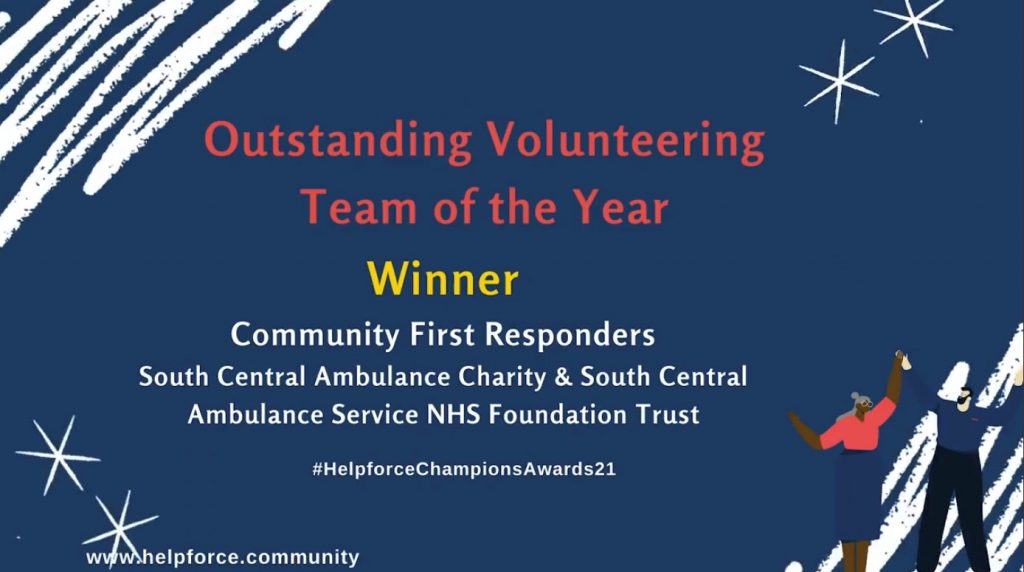 “The award recognises the enormous contribution each and every one of our CFRs and Co-Responders has made, not just over the last year but in every year.

“We know the last year has provided many new and different challenges but it has also shown the true loyalty, resilience and passion of our volunteers – on behalf of everyone at SCAS we thank them all for their continued support and hard work.”

During the pandemic CFRs have continued to respond to emergencies and support patient care but have also taken on new roles such as introducing ‘Teapot’ refreshment vehicles to provide staff with hot drinks while waiting with patients at emergency departments.

They have also volunteered in the control room and headquarters to dispatch CFRs, helped distribute donated goods from hand cream to coffee across ambulance service sites and taken on a variety of fundraising challenges to raise money for additional equipment and new technology.

Volunteers who had to temporarily stand down due to age or their own health vulnerabilities did not give up and found new ways to support SCAS, joining specific bubbles and providing essential support outside of direct patient care such as helping with vaccination rollouts.

Andy Long, a CFR based in Oxfordshire, said: “I have been a CFR for almost 14 years and I have loved every single second.

“COVID-19 has been difficult and made life quite scary at times but we continued to do what we do because we know it makes a difference and is appreciated. This award is marvellous and to be recognised for something you do is really special – it means an awful lot.” 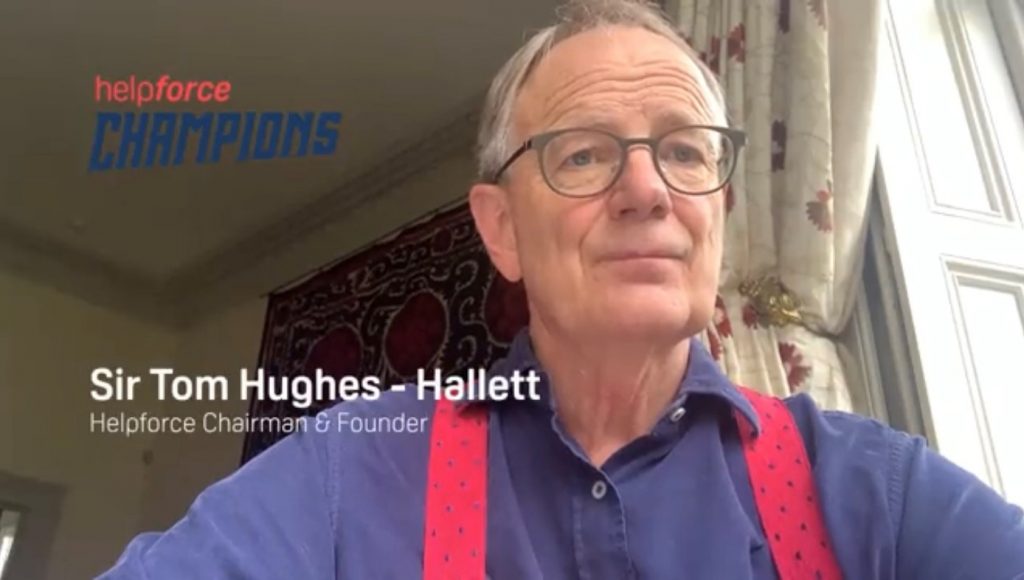 Sir Thomas said: “What a team. Driving black cabs down from London to protect patient transport patients in transit, they trained to dispatch community first responders from their call centre, crewed teapot refreshment vehicles and distributed donated goods from hand cream to coffee.

“They helped their ambulance service reach even more patients, treating and leaving patients at home and supporting the welfare of elderly and vulnerable patients throughout the pandemic.

Watch the announcement in full here.