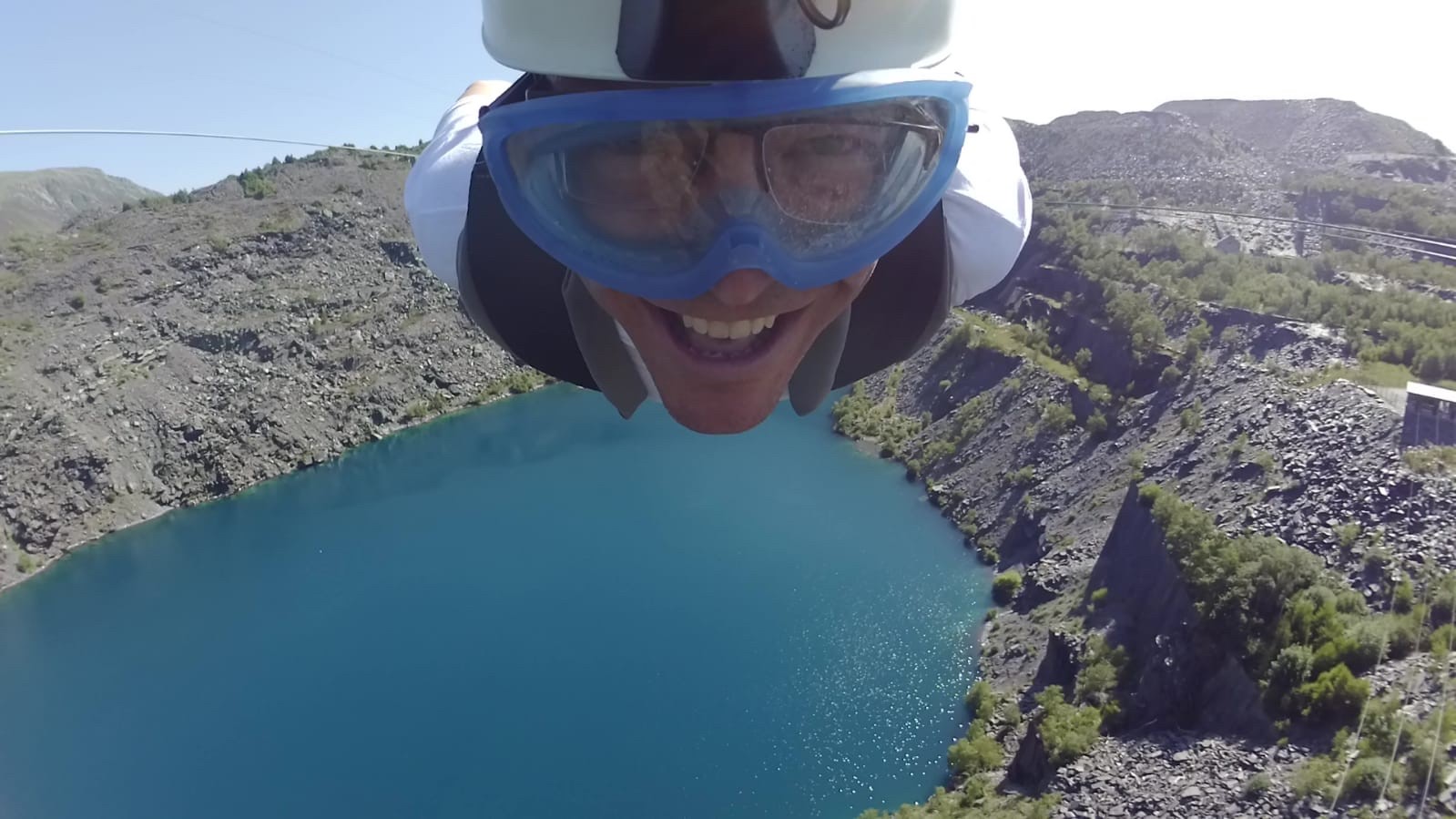 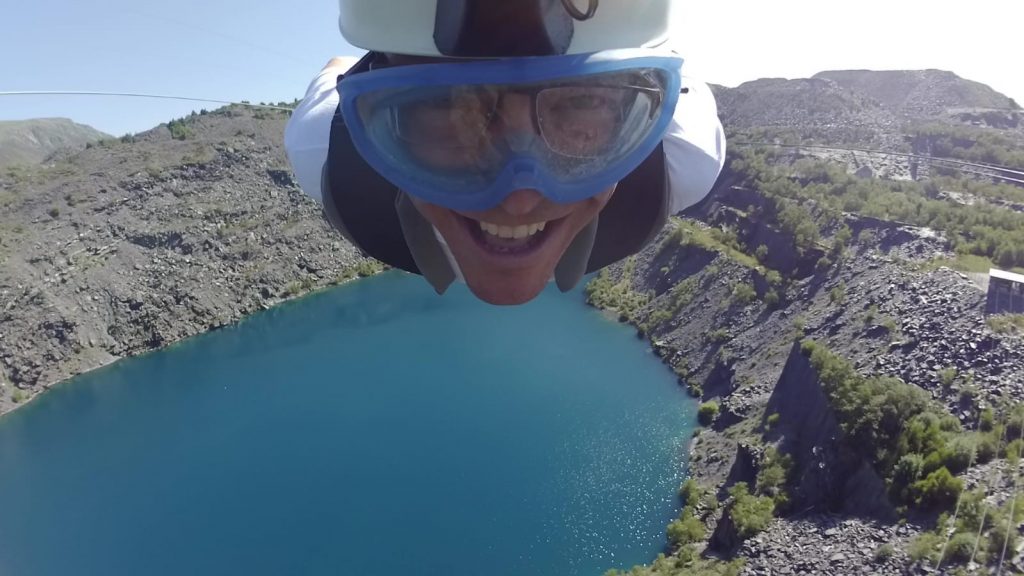 South Central Ambulance Service (SCAS) Chief Executive Will Hancock helped raise more than £5k for staff in ambulance services across the UK at the weekend by completing the fastest zip wire in the world and climbing Mount Snowdon.

He joined forces with colleagues from the College of Paramedics, Association of Ambulance Chief Executives (AACE) and East Midlands Ambulance Service to help support The Ambulance Staff Charity (TASC) on an action-packed expedition in North Wales.

First up on the Ultimate Fundraising Challenge on Saturday was Zip World’s Velocity 2, a zip wire which travels at speeds of over 100mph and has been described as the ‘nearest thing to flying’.

Later in the evening the group laced their walking boots, turned on their torches and trekked 3,560ft to the top of Snowdon – the highest mountain in England and Wales. 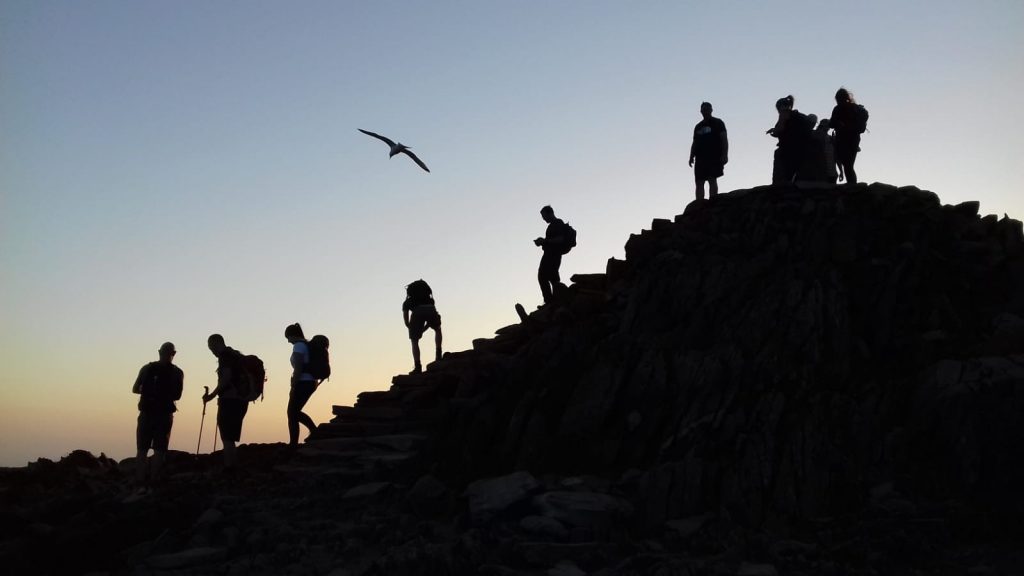 Will completed the challenge alongside Anna Parry, Deputy Managing Director of AACE, Kerry Gulliver, Director of Human Resources and Organisational Development at East Midlands Ambulance Service, and Tracy Nicholls, Chief Executive of the College of Paramedics.

The idea was the brainchild of Ms Nicholls who wanted to embark on an event to highlight the impact of pressures on ambulance staff, particularly in light of COVID-19, and the importance of ensuring the support they require is there when needed most.

The funds raised through their efforts will go towards initiatives to help care for the mental, physical and financial wellbeing of the UK’s ambulance community.

“This challenge ticked a lot of boxes for me and I would do it all again in a heartbeat, despite being pretty nervous as the clocked ticked down towards the zip wire,” said Will, who is the lead CEO for mental health for UK ambulance services.

“Anyone who knows me will know that was certainly out of my comfort zone, but the camaraderie was fantastic and the activities were exhilarating. 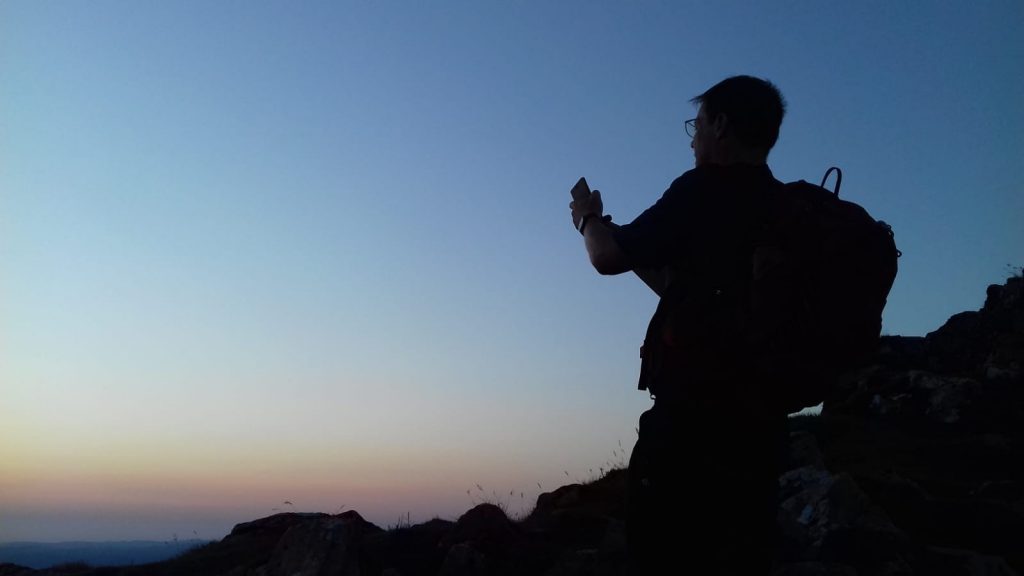 “TASC is a charity doing hugely important work at a time when it has never been more essential given the challenges our staff have faced for such a sustained period and continue to.

“In my role as the national lead for mental health for ambulance services, I really do understand the issues and just how important the work of the charity is and I am delighted to be part of a team which has helped raise funds but also much-needed awareness.

“As I said before the challenge, I want to encourage everyone in the ambulance sector to ask for help if they need it – it is the hardest step but the most important.”

Anyone interested in making a donation can still do so via the group’s JustGiving page at www.justgiving.com/fundraising/tracy-anna-will-kerry.