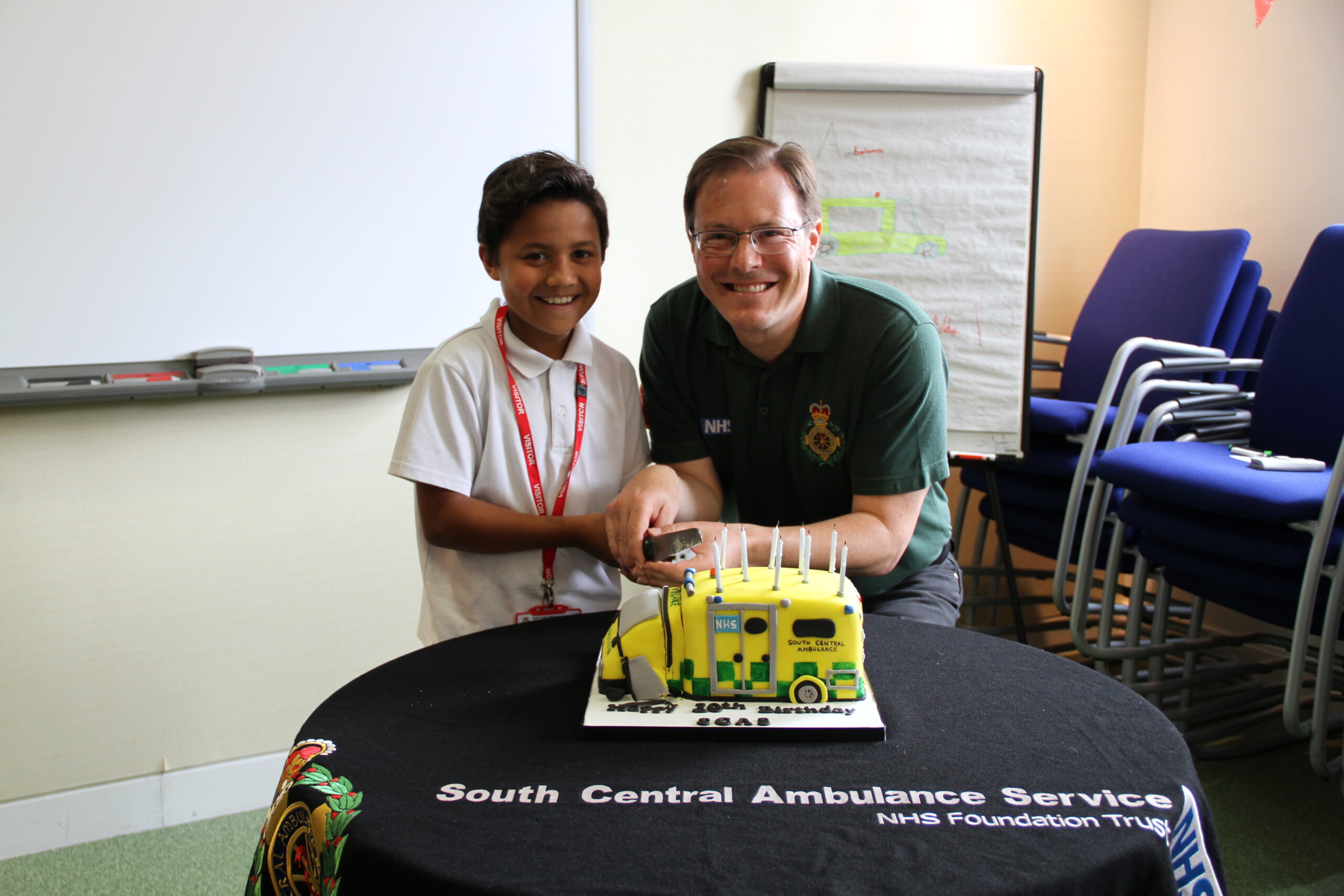 Will Hancock was appointed Chief Executive of the newly formed South Central Ambulance Service (SCAS), a position he still holds. To mark SCAS’ 10th birthday, Will was joined this morning by Toby Valevou, a pupil from Five Acres Primary School in Ambrosden, Oxfordshire. Like SCAS, Toby will also be celebrating his 10th birthday this month and as well as helping cut the official birthday cake – made by SCAS Emergency Call Taker, Sian Skinner – Toby met SCAS mascot 999 Ted who gave him an activity pack so he could enjoy finding out more about his local ambulance service.

Speaking to staff at the celebration event this morning, Will said:

“When I was appointed to lead SCAS from 1 July 2006, it was a real challenge as merging four organisations together meant we had four of everything when we only needed, in many cases, just one. Some staff have, like me, been here from day one – and in many cases longer with their service in the other organisations that merged into SCAS – and others have joined more recently.

“But thanks to the efforts of everyone, we have achieved a great deal over the last 10 years. We’ve moved away from only providing a traditional emergency ambulance service, to also providing NHS 111 services, non-emergency patient transport services, logistics services and training services. I’m very proud to lead an organisation where people care so passionately about the patients we serve. The work we all do is very important, and in many cases life-saving, and I hope that everyone who lives and works in the South Central region is as proud of SCAS and the fantastic people who work here as I am.”